Britain is no longer a country for composer Geoffrey Burgon 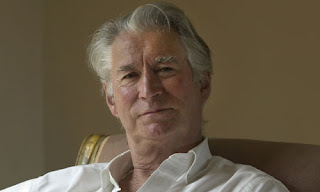 The composer Geoffrey Burgon, remembered for some of the most memorable music for television drama has died aged 69 and Britain has lost a beautiful, shining light .

He composed the music for :

* 'The Chronicles of Narnia' in 1988 and later claimed one of the highlights of his career was when he was standing in the checkout line in Tesco, "and a little girl about 10 years old started singing the theme from Narnia and I thought, 'Wow, that is really nice.' :
http://www.youtube.com/watch?v=cm1RX-PuXmI