Britain is no country for poor old men 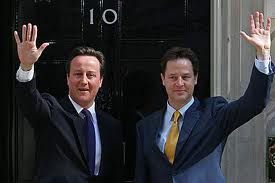 
The Trades Union Congress has spoken out against the Coalition Government's spending cuts with a new study called 'Where The Money Goes'. It states that the UK's poorest 10% will be hit 13 times harder by spending cuts than the richest 10% and will suffer reductions in services equivalent to 20% of their household income, while the richest will lose the equivalent of just 1.5%.

Take the case of the pensioner couple, Eric and Judith who are are 76 and 70, they :

* rent their house in the West Midlands from a housing association.

* get 'pension credit' to help them get by and have no other sources of income.

* are, because of their low household income and reliance on social care and housing provision, especially vulnerable to the cuts, even if they get more credit.