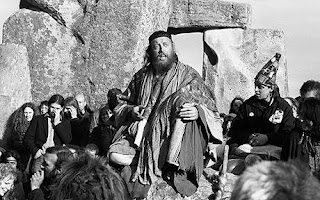 Sid Rawle 'King of the Hippies', who fought for love, peace and land is dead and his death took me back to the 'Love and Peace' of the late 1960's.

I remembered his name, but didn't know that he was :

* a big, burly, charismatic man with a mane of ginger hair and big voice who often dressed in long robes and played a prominent role in the squatting and commune movement of the 1960s.

* involved in the 'free festivals' at Windsor and Stonehenge in the 70's and the birth of the 'Peace Convoy' and 'New Age Travellers Movement'.

* born in Somerset to a farmer and his Romany wife and, as a boy, roamed the hills, checked the sheep, observed the deer herds and absorbed the countryside.

* at school, a slow dyslexic learner who, at the age of 15, was able to read but not to write.

* someone who, moved to London in the mid 60's and set up the 'ultra-hippy cult' called 'The Hyde Park Diggers', led their 200 members and played a prominent role in the 'Squatting Movement' and a 6 day occupation of a 100-room mansion in Piccadilly.

* offered the 'custodianship' of an island off the coast of County Mayo, owned by John Lennon and in 1971 led 30 people to start a new life there and survived there for almost two years.

In his own words :
http://www.youtube.com/watch?v=wxtfrD9uvDA

- with the 'Diggers' gave away free food at the 1971 'Glastonbury Fayre' and became a key figure in the summer solstice celebrations at Stonehenge.

- created the 'Peace Convoy' which, in 1981, travelled from Stonehenge to Greenham Common in Berkshire to support the 'Women's Peace Camp'.

- set up the first 'Green Gathering' at Glastonbury, which attracted more than 5,000 people.

- set up the 'Rainbow Village' at a disused US airbase in Cambridgeshire which was a proposed cruise missile site.

- led a convoy which prompted the 'Battle of the Beanfield' in 1985, when around 1,300 policemen ambushed it in Wiltshire and more than 500 people were arrested.

* retired to the Forest of Dean and continued to work through smaller camps and festivals.

* wrote in his manifesto 'The Vision of Albion' in which he said :

'In the end it all gets back to land. Looking back, I see a link that runs through my life concerns the right to land and property on it.'

* believed that the land in Britain should be shared equitably, so that all could own a couple of acres in order to be able to sustain themselves.

* lived communally for more than 30 years and is known to have fathered seven children by various mothers. 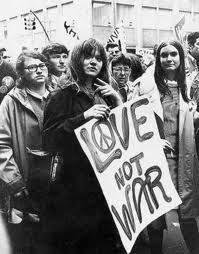 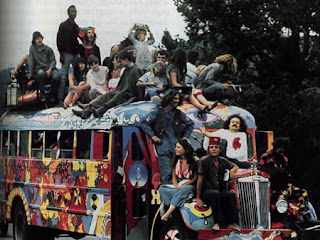