Now the serious stuff with the 'Alzheimer's Society' asking the question :

Should Britain's old men and women, at the age of 75, get a test for dementia, a condition which will affect their brain and its abilities, including memory, thinking, language skills, understanding and judgement ? 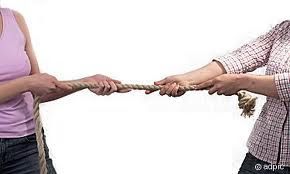 A tug-of-war is going on between :

* Suzanne Sorensen, 'Head of Research' at the Society, who has said :

"We know that there are 720,000 people living with dementia in Britain at the moment and we know that less than half of them get a diagnosis at an appropriate time" and admits the psychological tests for dementia are : "not ideal, but it's the best we've got."

* Dr Anne Mackie, 'Programme Director of the National Screening Committee', which advises Government Ministers and the Health Service who has said that :

Suzanne counters by saying that :

* she believes the tests are around 85% accurate, which is in the same range as breast cancer testing and "Nobody would argue that people shouldn't be screened for these conditions, so we think it is a good time to start a debate for a process that might increase the likelihood of people with dementia getting a diagnosis at an appropriate time."

Professor Clive Ballard, the Charity's 'Director of Research', has proposed that :

* that people be offered a cognitive test at the GP surgery, with questions on time, date, place, memory and understanding which would be backed up by an interview with a relative or carer.

* where dementia is suspected, patients would be referred to a specialist for a full clinical assessment and if they were then diagnosed , there may be drug treatment and changes in lifestyle which could help delay deterioration and would allow an opportunity to plan ahead.

Labels: Testing for dementia at 75