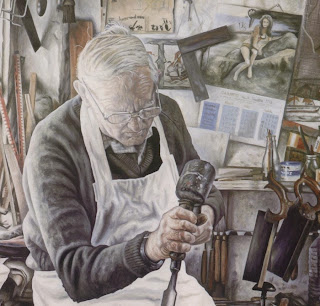 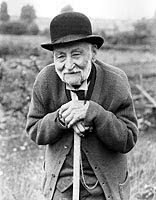 An article appeared in 'The Daily Mail' yesterday entitled :
100,000 AND RISING! TOTAL OF WORKERS AGED 75+ SOARS


It made the following points, that :

* with a basic state pension less than £100 a week, many old men and women have no option but to ‘work till they drop’ to avoid retirement on the breadline because they have no savings and large debts, including mortgages.

* figures from the 'Office for National Statistics' show the number of people aged 65+ who are still working has more than doubled in a decade, from about 412,000 in 2001 to 874,000 today and is rising rapidly every month.

* the employment rate for those at 65+ has risen by 0.5 per during the 'Recession', unlike the figures for those aged 16 to 64, which have fallen for the last two years.

* Neil Duncan-Jordan, from the 'National Pensioners’ Convention', said the statistics expose the 'nightmare facing millions of older people' and dismissed the suggestion that people work past the retirement age 'because they enjoy the social interaction', saying it was, almost always, about 'money'.

* he also said : "The reality for most pensioners is that, when they reach state pension age, they have had enough of paid employment. What they want is a decent pension and then to be able to pursue other interests, such as going back to university, volunteering for a local charity or looking after their grandchildren."

* many old people have no choice but to work with figures from the 'Insolvency Service' showing the number of insolvent pensioners rising faster than for any other age group.

The article elicited the following comments from :

'John' from Caloundra , Queensland , Australia :
'This is excellent news . It's better people work until they die than feeling that they have nothing to contribute and are just a burden on society.'

'Michael' from Norwich :
'Probably half of these are politicians, or some other public servant (ha ha). They do not work, they just turn up at a workplace and get paid vast amounts of money.'

Labels: Old men over 75 who have to work