Britain is still a country for a very old astronomer called Patrick Moore as well as his young successor, Professor Brian Cox 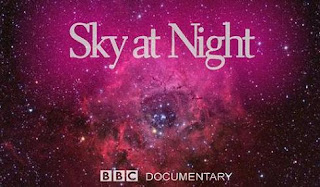 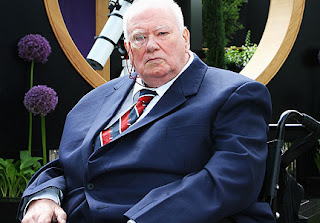 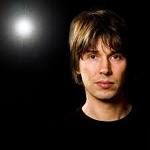 Sir Patrick Moore, the astronomer, will be 88 years old on Friday and is the presenter of the longest running tv programme in the World called 'The Sky At NIght'.

It started 54 years ago in 1957 where I saw it as a boy on black and white tv and since then it has run for 700 episodes. In an interview on the BBC Radio 4 'Today' programme this week, he put the programme's longevity down to the fact that it was :

He said that it started at the beginning of the space age when the first satellite, 'Sputnik 1', went up. " People realised there was something in space and I just happened to be there".

His "most exciting moment" came when the Russians used his charts of the parts of the Moon normally out of view, called 'The Libration Zone' and promised to send him the pictures they took of the far side of the moon. He was 'live' on air when the pictures came through.

He ended the interview by saying that " I want to see collaboration everywhere be ween men, not just in space" but thought that "it won't happen in my lifetime."

Things most people don't know about Patrick, that he is :

* Patrick Alfred Caldwell-Moore, 'amateur' astronomer, credited with having done more than any other to raise the profile of astronomy among the British general public.

* a self-taught musician and accomplished composer whose favourite genres are 19th century Viennese waltzes and marches who performed on the 1981 'Royal Variety Performance', playing a xylophone solo.

* in the Second World War, lied about his age in order to join the Royal Air Force and served as a navigator in RAF Bomber Command, reaching the rank of Flight Lieutenant.

* received his War Time flight training in Canada where he met Albert Einstein and Orville Wright while on leave in New York.

* had his only known romance end when his fiancée, a nurse, was killed by a bomb which struck her ambulance and later said that he never married because "there was no one else for me... second best is no good for me...I would have liked a wife and family, but it was not to be."

* after the War, set up home at Selsey on the West Sussex coast, a location which enjoys the highest annual total of clear night skies of any in Britain and where he built a home-made reflecting telescope in his garden.

* is a friend of 'Queen' guitarist and astrophysicist Brian May and the pair have co-authored a book called 'Bang! The Complete History of the Universe.'