Britain is a country which does not love its Baby Boomers

The Independent Newspaper :
It is the election issue that dwarfs all others: the Post-War generation is coming up to its retirement and it is the rest of the country that must foot the enormous bill for looking after them.

The BBC :
Baby boomers like to trumpet their generation's achievements. But their fondness for conspicuous consumption and foreign travel has led to many a modern-day ill, from rising debt to environmental woes. 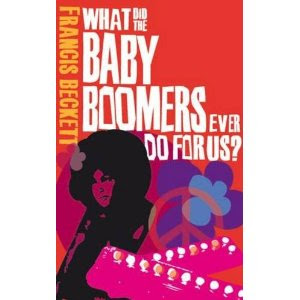 What did the baby boomers ever do for us? 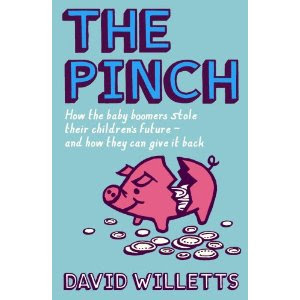 The Pinch: How the Baby Boomers Took Their Children's Future - And How They Can Give it Back

The Guardian Newspaper :
Baby boomers: powerful and selfish We've had the best of times.

The Daily Mail Newspaper :
How the baby boomers bust Britain: Self-indulgence has left the country financially, socially and even morally crippled.

The Evening Standard Newspaper :
The baby boomers have become baby snatchers. For the oldies who coo at the prospect of grandchildren have made it much harder for their offspring to produce them.

Labels: No love for Baby Boomers