Britain's old men say "Happy Birthday" to the 1940's 'Forces' Sweetheart', Vera Lynn, who was singing for Britain before they were born 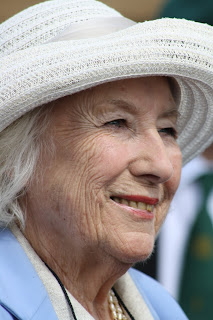 
What you possibly didn't know about Vera, that she :


* was born Vera Welch in 1917 during The First World War in East Ham in the County of Essex.

* began performing publicly at the age of 7 and had her grandmother's maiden name, Lynn, as her stage name.

* had her first radio broadcast, with the Joe Loss Orchestra, at the age of 18 in 1935 and was being featured on records released by dance bands led by Joe Loss and of Charlie Kunz and then moved in 1937 to the aristocrat of British dance bands, Bert Ambrose.

* was named 'The Forces Sweetheart' in 1939 when Daily Express Newspaper asked British servicemen to name their favorite musical performers.

* in 1941, during the darkest days of the War she began her own radio programme, 'Sincerely Yours', sent messages to British troops serving abroad and performed songs most requested by the soldiers.

* had another big Wartime hit with 'The White Cliffs of Dover' :
http://www.youtube.com/watch?v=DBZHFBT-zl4

* during the War, toured Egypt, India and Burma, giving outdoor concerts for the troops as in the clip above.

* sang 'After The Rain' in 1942 :
http://www.youtube.com/watch?v=xb2CLOkQTpw&feature=related

* is one of the last surviving major entertainers of the War years who related her Wartime experience to the BBC 2 years ago :
http://news.bbc.co.uk/1/hi/entertainment/arts_and_culture/8208870.stm 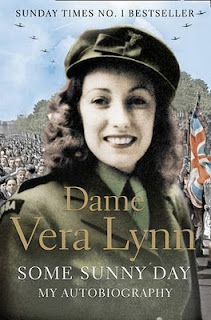 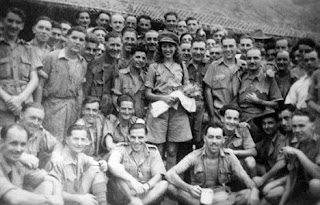