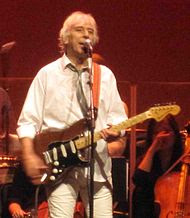 * was born in 1942 in the industrial Amman Valley in Wales, where his mother was a primary school teacher and his father, a coal miner, was raised by his Mother to speak only Welsh and learned English at the age of 7.

* discovered a talent for playing the viola and left school to study music at Goldsmiths College, University of London where he organised an early 'Fluxus' concert in 1963.

* travelled to New York, where with John Cage, took part in an 18-hour piano-playing marathon.

* played in 'The Dream Syndicate' whose heavily drone-laden music proved to be a big influence in his work with his next group, 'The Velvet Underground', which he co-founded in with Lou Reed in 1965 and left in '68, partly as a result of 'creative disagreements' with Lou.
Velvet Underground : Sunday Morning
http://www.youtube.com/watch?v=0cWzxJvgWc8
Venus if Furs
http://www.youtube.com/watch?v=15GGl7vvGVg&feature=BF&list=MLGxdCwVVULXc9knIMP-EqofBVmngBld7D&index=24 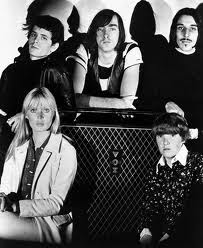 * started his career as a record producer and then made solo records where his first, the pastoral, 'Vintage Violence', was classified as 'folk-pop'.

* in 1972, signed with Reprise Records as performer and in-house producer and his fourth solo record in 1973, 'Paris 1919', was cited by critics as one of his best.
Paris 1919
http://www.youtube.com/watch?v=_3ueIweuUvo&feature=BF&list=MLGxdCwVVULXc9knIMP-EqofBVmngBld7D&index=3

* took a long break from recording and performing and then made a comeback in 1989 with vocal and orchestral settings of poems by Dylan Thomas and most notably :
"Do Not Go Gentle Into That Good Night." :
http://www.youtube.com/watch?v=maISWZ8Tpsc&feature=BF&list=MLGxdCwVVULXc9knIMP-EqofBVmngBld7D&index=25

* in 1990, collaborated with Eno on an album entitled 'Wrong Way Up' and then in 1991contributed one song, "Hallelujah", to the tribute album to Leonard Cohen and the song later featured in the motion picture, 'Shrek'.
Halleluyah
http://www.youtube.com/watch?v=ckbdLVX736U&feature=list_related&playnext=1&list=MLGxdCwVVULXc9knIMP-EqofBVmngBld7D

* represented Wales at the 2009 'Venice Biennale', collaborating with artists, filmmakers, and poets and focusing the artwork on his relationship with the Welsh language.

* after a long history of life with drugs, said in a 2009 interview with the BBC, that "the strongest drug" he now takes is herbal tea.