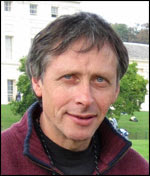 Epidemiologist and Population Health expert Professor David Leon, of the 'London School of Hygiene and Tropical Medicine' has published a report, based on trends over the last 40 years, showing that old men in Britain are living longer than those in the USA and a lot longer than those in Russia. There are, however, concerns that, rising life expectancy may falter in the face of the increasing number of fat old men.

The Professor made the following points, that :

* despite Americans spending almost twice as much per capita on health care as the British, life expectancy in Britain is pulling ahead.

* deaths from cardiovascular disease in Britain had seen 'some of the largest and most rapid falls of any Western European country, partly due to improvements in treatment as well as reductions in smoking and other risk factors'.

* obesity, however, will affect life expectancy figures in the future and 'we are definitely seeing type-2 diabetes occurring more in teenagers due to obesity, but this is not immediately being translated into mortality rates.' 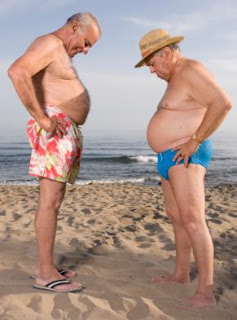 Old men in Russia, you have a friend in Professor Leon who has :

* been trying to understand the massive swings in life-expectancy which have occurred in your country and other parts of the former-Soviet Union, where, between 1990 and 1994 your life-expectancy fell by 6 years.

* with you in mind, been working on the 'fetal-origins hypothesis', looking at the links between impaired growth in utero and risk of disease at later stages of life from adolescence to old age.

Labels: Old men in Britain live long lives and those in Russia short ones