An article in 'The Gaurdian' 3 years ago was entitled :

No country for old men
The number of men over 60 living alone in Britain has topped one million for the first time - and this Father's Day, many will have no contact at all with their families.
http://www.guardian.co.uk/society/2008/jun/11/longtermcare.socialcare1

It predates my blog by one year and I wonder if I had subliminally absorbed the title ?

It asked these questions :

How did older men come to be so neglected and why do women fare much better in retirement?

* a survey by ICM Research for 'Help the Aged' and the 'Zurich Community Trust' found that the number of older men living alone has just reached one million for the first time in Britain.
http://www.zurich.co.uk/home/mediacentre/company/one-in-four-adults-too-busy-to-see-their-older-fathers.htm

* half a million men over 60 lead lonely lives with no friend and no contact from their families and older men, especially widowers, often don't even have people to do something with.

Amy Swan, Policy Officer at 'Help the Aged' said that :

* "This is partly because the number of men living longer is increasing, but also because many elderly men were typically the parents who did not win custody of children when there was divorce, or may have been more distant with children than their wives. So they enter later life with strained family ties."

Psychotherapist Derek Draper, in answer to the question : Why should fathers be contacted by their children less than mothers? said that :

* "In the case of that generation, fathers were not as involved in children's lives -both as little children and as teenagers they took backseat roles. Even if your mother and father didn't get divorced, you're more likely to be closer to your mum. The classic vignette is when you call home, your dad picks up and says, 'Hang on, I'll get your mother.'"

* "Older men from that generation struggle,they find social interaction difficult" and older men defined themselves through their workingrelationships and
"Their friendships all came from work or their wives, in many cases. So when they retire, they often shrink socially, and if they lose their wives, they have no network."

* he knew "one gentleman who still gets the bus to work, even though he's retired, to give a structure to his life. Men find it hard to deal with being retired. They find it offputting that social groups in the community can be dominated by older women. Women do get involved more in evening classes or planning social clubs." 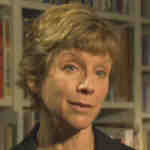 * older men, who were likely to be the major or only breadwinners for their family, are often diminished by retirement. The phone stops ringing for them. The skills that made them valuable in the workplace are redundant at home and they have few skills to sustain them in the event of bereavement or divorce.

* "Men of that generation weren't taught self-care skills, they don't know how to use the microwave or do the vacuuming. But if they're taught in old age because their wife has died or because of divorce, then it's hard to make those skills stick."

Britain in 2011 - a bleak and lonely country for too many old men
Many don't get this from their kids : 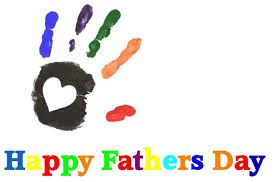