Britain is no longer a country for an old photographer called E.Hamilton West

E Hamilton West, photographer with the 'Guardian' for 26 years, whose career spanned glass plate and digital has died at the age 78.

Things you possible didn't know about Ted, that he :

* was born in South London where his father died before his birth and his mother, Marie, later married Horace Hamilton.

^ The Second World War Blitz disrupted Ted's education at Haberdashers' Aske's School, and, after several near misses, he was evacuated.

* had dreams of becoming a journalist and, at the age of 15, took a job as a messenger on the 'London Evening Standard' and then moved on to become a darkroom assistant.

* in 1962, began working for the tough and demanding John Lacey at Central Press Photos and worked with the more experienced Denis Aulds, from whom he learned about straightforwardness and simplicity and the experience of these agency days never left him and informed his sense that you only needed one picture to tell a story.

* in 1970, started working for 'The Guardian' where one of his earliest assignments was the scene of a suspected car bomb in Whitehall and as he raised his camera, the bomb exploded and his first picture was a blur but the second caught the blast perfectly. 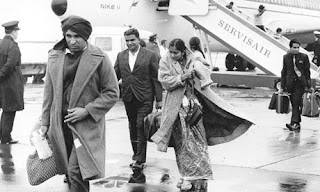 * produced a fine series on expelled Ugandan Asians as they arrived in Britain in 1972.

* always dressed in a sports jacket and was known for his catchphrases : "You're only as good as your last picture". 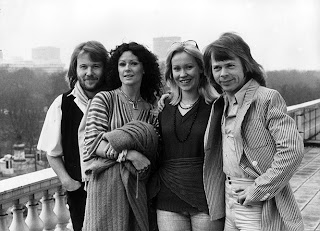 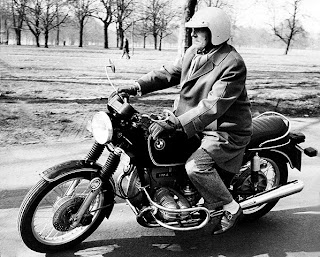 The actor Sir Ralph Richardson on his way to a tree-planting event in Hyde Park, London, 1976. 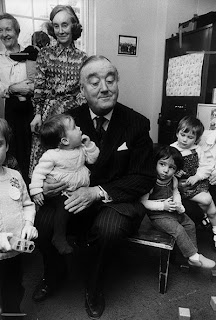 The politician Willie Whitelaw visiting the creche at the Conservative Young Women's Conference, 1978. 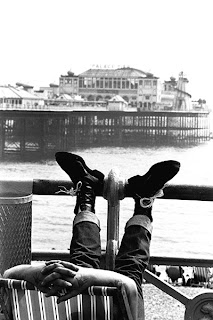 A skinhead on Brighton beach in 1971. 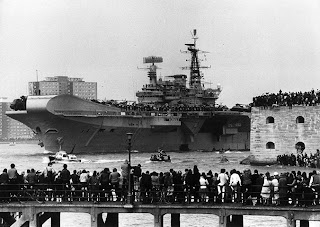 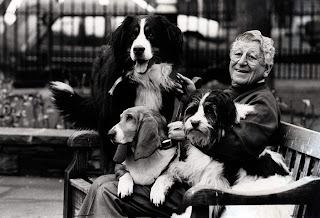