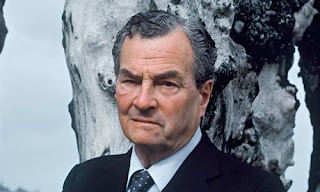 Things which are interesting about Leigh, that he :

* as a boy was expelled from King's school, Canterbury, where he had formed an illicit liaison with the local greengrocer's daughter, eight years older than him, in whom perhaps he glimpsed a loving mother and where his housemaster described him as : 'a dangerous mixture of sophistication and recklessness.'

* at the age of 18 in 1933, rather than go to university, set out to walk from the Hook of Holland to what he called 'Constantinople' (Istanbul).

* wrote 65 years later that his journey took him :
'south-east through the snow into Germany, then up the Rhine and eastwards down the Danube ... in Hungary I borrowed a horse, then plunged into Transylvania; from Romania, on into Bulgaria' 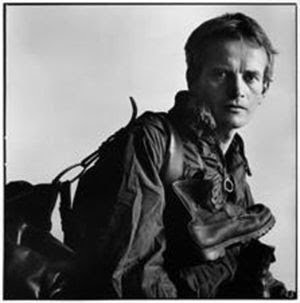 * at New Year, 1935, crossed the Turkish border at Adrianople and reached his destination.

* undertook his trek with the idea of writing a book, which was to become 'A Time of Gifts' and has detailed descriptions of sights, conversations, drinks imbibed, the cadence of birdsong and is almost entirely a work of mature recollection.

* wrote that when he set out for the Netherlands after a final celebration with friends 'a thousand glistening umbrellas were tilted over a thousand bowler hats in Piccadilly; the Jermyn Street shops, distorted by streaming water, had become a submarine arcade"'

* in Athens, after his main journey to Istanbul was completed, met the first great love of his life, Balasha Cantacuzene, a Romanian princess 12 years his senior, with whom he lived on the family's 'Tolstoyan' estate in Moldavia until the outbreak of the Second World War.

* was serving with the Irish Guards during the War and joined the 'Special Operations Executive' in 1941 and helped to co-ordinate the resistance in German-occupied Crete. 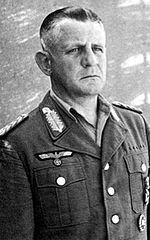 * commanded, as he put it, 'some minor guerrilla operations', the most audacious of which was the ambush and kidnap of the German commander of the island, General Heinrich Kreipe, who was spirited off to Alexandria.

* throughout his adult life, was a great performer of party turns: songs in Cretan dialect; 'The Walrus and the Carpenter' recited backwards; 'Falling in Love Again' in German and 'It's a Long Way to Tipperary' in Hindustani.

* in the 1950s, lived the life of a nomadin Italy, France, Cameroon, as well as various corners of England and his beloved Greece and described in his book, 'In Tearing Haste'. 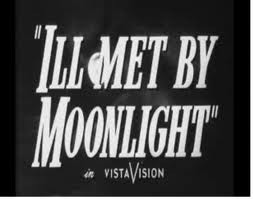 * took no part in the making of the 1957 film, 'Ill Met by Moonlight' about the kidnap of General Kreipe in which Dirk Bogarde played him.