Britain's 'England' is no Country for old men with cancer 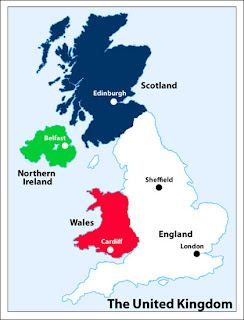 It made the point that, according to new research, old people with cancer are more likely to die in England than in a number of other countries, because of 'age bias'.

* a report by The King's Fund, which examines ways to improve the National Health Service, found that you struggle to access treatment compared to younger people with the disease.
http://www.kingsfund.org.uk/publications/cancer_survival.html

* you are less likely to receive intensive investigation and treatment and to undergo radical surgery than younger patients and another key factor is your late diagnosis.

* your survival rates are worse than other leading countries like Canada, Australia, Sweden and Norway.

Catherine Foot, Senior Fellow at 'The King's Fund', has said:


"England still has a way to go to reach cancer survival rates that are ranked with the best international performers.
The evidence points to early diagnosis as being key to improving outcomes. We hope urgent priority is given to closing the gap in survival rates between different groups in society.
We found that older people are particularly burdened by this, being more likely to have cancer, to be diagnosed later, to be under-treated and to experience worse outcomes."

"We believe the key reason we do worse is that we often diagnose cancer late in England, meaning the disease is often more advanced when diagnosed and treatment may not be so effective.