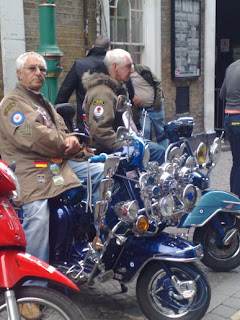 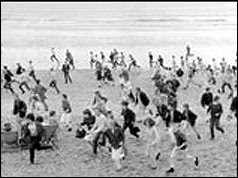 At a cafe on Watling Street just outside of Rainham in Kent last Sunday I found a swarm of assembled old mods with their lambretta and vespa scooters in the carpark. It was a bit like entering a time warp and took me back to the time when I was an 18 year old student in Brighton in the 1960's when there were fights between 'mods' and 'rockers' on the beach.
http://www.youtube.com/watch?v=Wx7l0dmodlU

The film i979 film, 'Quadrophenia', was loosely based around the 1973 rock opera of the same name by The Who. 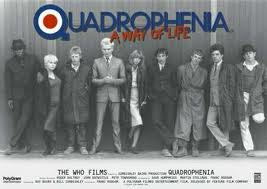 'Sting' as The Ace Face :
http://www.youtube.com/watch?v=bi5IsOqLOi8

A bit of research revealed that : Old Mods never die, they turn into 'Scooterists'.

* over recent years their number has been growing, national and regional clubs springing up to cater for them and there are magazines, websites and scooter rallies where thousands of them gather, usually by the sea, to admire each other's machines. 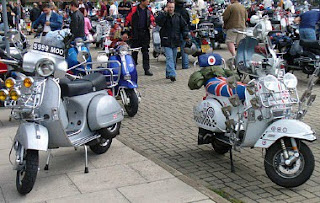 * the largest rally is held on the Isle of Wight, where thousands meet over the August bank holiday to the hum of two-stroke engines and everyone parks up along the esplanade to drink, chat and watch the world go by.

* Tori Joy, one of the event organisers has said :
"I think the people are different now. Some of them were Mods in the Sixties or Eighties and have now got families but are back into it. Some of them are the kids of Mods who have got their first scooter. The guy that led the ride-out this year was over 70."