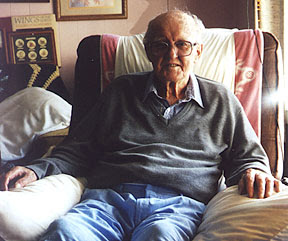 It centred on an 'interim' report for the 'Equality and Human Rights Commission' which has revealed that home care services are so under-resourced that the amount of time a care provider spends with a client has been reduced so much that they often provide nothing more than a cursory service. The Commission said that effectively the service users' basis human rights are being ignored.

Old men and women in Britain receiving home care in their own homes are :

* being left in bed for 17 hours at a time, undressed in front of windows in open view of neighbours and abandoned in soiled beds and clothes.

* with 15 minute slots of care, being forced to choose between either 'being washed' or 'being fed'.

* sometimes malnourished because of the failure of carers to feed them.

* because of staff shortages, sometimes seen by dozens of different carers and so they have to repeat personal information with each of them. 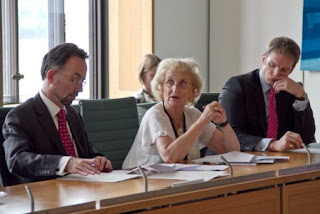 Baroness Sally Greengross, an EHRC Commissioner, said there had never been enough resources allocated to this type of care and :

" Many older people have little or no control over what time the home care visit happens. As a result, we have heard of people being put to bed at 5pm and not helped to get up until 10am, a period of 17 hours.
We have had reports of neglect, in which people have been left in filthy nightwear and bedding after a home care visit or without a wash or hair wash for several weeks."

"We have been told about an older person being regularly undressed by care staff in front of his bungalow window, and another in front of family members, instead of in privacy."

"A thorough training process would make sure staff took the simple steps to avoid these basic mistakes. This would have a huge impact on the day-to-day lives of those they care for."

The interim report concluded:
‘The full extent of the potential human rights breaches is likely to be masked by the fear of complaining'.