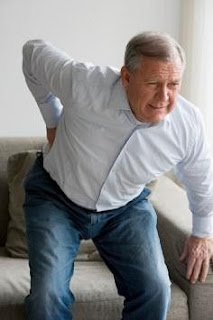 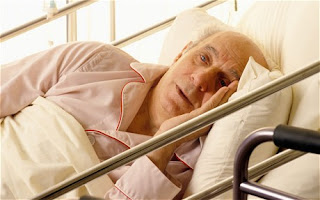 Up to 75,000 people, mostly old people who have lost bone density, suffer hip fractures every year in Britain and the figure is expected to reach 100,000 by the end of the decade as the population ages.

The problem is estimated to cost £2billion a year in medical treatment and social care for victims who are left house-bound or struggling on crutches for weeks even after having their hips replaced.

A Government watchdog has said, in further evidence of age discrimination in the National Health Service, that it treats old men and women with broken hips as a 'low priority' by failing to give them prompt and high-quality treatment which could extend their lives.

The National Institute for Health and Clinical Excellence has :

* found that, at the moment, half of those with hip fractures currently have to wait 36 hours in hospital, in pain and in fear, before undergoing surgery and in many cases junior doctors carry out their operations rather than more experienced staff.

* recommended that all hip surgery should take place at most a day after hospital admission and that surgeons, physicians, anaesthetists, nurses and physiotherapists should work together in co-ordinated 'Hip Fracture Programmes' to care for patients.

* said that this approach would lead to fewer costly days in hospital and allow patients to regain their mobility and independence more quickly, as well as reducing the chance of them suffering complications in surgery or dying soon afterwards.

* said that this would only cost hospitals in England a total of £1.4million a year extra and warns of a hip fracture 'epidemic' in the coming decades as the population grows older.

"These patients are old, they don't have a voice in a hospital setting where you have young trauma patients who do complain. Everyone should have an equal voice."

Looking to the future, Cameron Swift, 'Emeritus Professor of Healthcare of the Elderly' at King's College London told a press conference:

Labels: No country for old men in need of hip operations