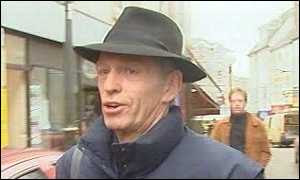 Things you possibly didn't know about Georgie, that he :

* took piano lessons from the age of 7 and after leaving school at 15, worked in a cotton weaving mill and played piano for a band called 'The Dominoes' in the evenings.

* at 16, went to London, changed his name from, Clive Powell, played for Billy Fury in his backing band 'The Blue Flames', started 'Georgie Fame and the Blue Flames' in 1961 and went on to enjoy success with a repertoire of rhythm and blues numbers.

* was influenced from early on by jazz and such blues musicians as Willie Mabon and Mose Allison, and was one of the first white artists to be influenced by the ska music he heard in Jamaican cafes in and around Ladbroke Grove.

* worked at the Flamingo Club, which he later said : " was a great place to play, a midnight to 6am thing on Fridays and Saturdays, and it was full of American GIs who came in from their bases for the weekend. They brought records with them and one of them gave me 'Green Onions' by Booker T & the MG's. I had been playing piano up to that point but I bought a Hammond organ the next day."

* had success with his version of the Bobby Hebb song "Sunny" in 1966 and 'The Ballad of Bonnie and Clyde' in 1967, which was a number one hit in the United Kingdom, and No.7 in the United States.
http://www.youtube.com/watch?v=mvb7Ogpb6hg

* had a hit with 'Rosetta', with his close friend Alan Price, ex-keyboard player of 'The Animals', in 1971, and they worked together extensively for a time.
http://www.youtube.com/watch?v=AB3fncWyVN4&feature=related

* has been a core member of Van Morrison's band, was a founding member of friend Bill Wyman's early band 'Rhythm Kings' and has worked with Count Basie, Eric Clapton, Muddy Waters, Joan Armatrading and 'The Verve'.