Britain, no country for old men in Southern Cross Care Homes, have a champion in a single, lowly care worker called Helen Ewan 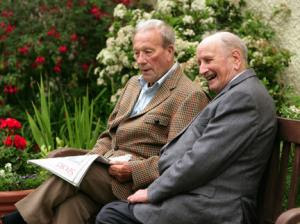 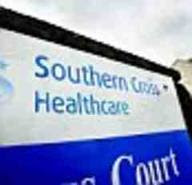 It's a worrying time for thousands of old men in Southern Cross care homes, Britain's largest private provider with 30,000 men and women in 750 homes.

The latest half-year results show the company made a loss of £311m and there are fears that it may go bust unless it can come to an urgent agreement with its landlords to restructure rent payments.

Bankruptcy could potentially leave thousands of residents, many of them old and vulnerable, either with nowhere to live or forced into a disruptive move to alternative accommodation.
How did this happen?

A series of complex financial deals have left Southern Cross unable to pay rent demands to the landlords who own its properties. Some commentators have called it the social care sector's version of the 'dotcom boom' or the 'credit crunch'.

What will the Government do?

So far ministers have said they will not get involved, despite suggestions that they might have to bail out Southern Cross and effectively nationalise it, in the way they rescued UK banks after the financial crash.

Councils have a statutory duty to house and provide care for residents which they fund, but not for those that pay for their own care.

Is Southern Cross a one-off?

It is certainly the biggest potential casualty, but many other private providers in the social care residential sector are feeling the pinch as revenues drop.

What does this mean for social care?

The Southern Cross crisis will trigger a debate on how we provide and pay for the increasing numbers of old people who require care at a time when spending cuts are reducing the available resources.

Care worker, Helen Ewan, described the impact on residents at Southern Cross at the recent GMB Conference and spells out the issues simply and sincerely and therefore more eloquently than any politician :

The 'Mirror' newspaper got it right when it said :

'Her voice was gentle and, at 5ft 4in, her head just made it above the podium – but her powerful words carried a terrifying message: Close care homes and our elderly will die.

Once Helen had finished her address, the assembled crowd stood to give her a standing ovation'.