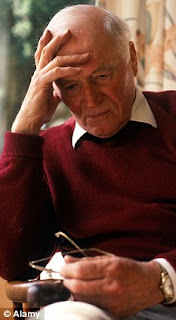 An article in the 'Daily Mail' today was entitled :
Elderly are hardest hit inflation victims... and it's set to soar even higher in coming months

It made the following points,that :

* pensioners are being crippled by a higher rate of inflation with them typically battling an annual rise in the cost of living of 4.6% which is 0.1% above the Consumer Price Index.

* experts warn that this would rise even further over the next few months because of hikes in gas and electricity prices.

* pensioners are badly hit by rising fuel bills, which have doubled in a decade forcing many to cut back on their heating because they simply cannot afford to stay warm.

Ros Altmann, Chief Executive of Saga said : "It is so damaging for someone on fixed incomes when prices rise at this rate. Every year, they can afford to buy less and less." She predicts that inflation for pensioners will rise to 6% within months.