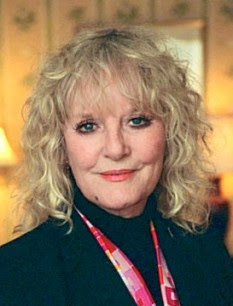 The showbiz veteran of 70 years, Petula Clark, who first entertained troops during the Second World War and took a stand against racism when it took guts to do so, is 79 years old today.


What you possibly didn't know about Petula, that she :

* had a Welsh mother and English father, hospital nurses in Surrey, as a child, sang in a chapel choir and showed a talent for mimicking Vera Lynn, Carmen Miranda and Sophie Tucker for the amusement of family and friends. 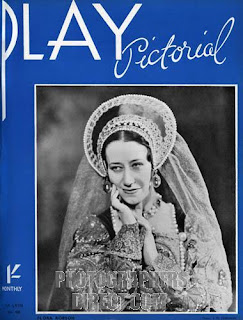 * was introduced to theatre when her father took her, in 1938, to see Flora Robson in 'Mary Tudor' and later recalled "I made up my mind then and there I was going to be an actress ... I wanted to be Ingrid Bergman more than anything else in the world."

* sang in public for the first time at the age of 7 in 1939 with an orchestra in the entrance hall of a department store, for a tin of toffee and a gold wristwatch.

* made her radio debut in 1942 BBC broadcast where, hoping to send a message to an uncle stationed overseas and during an air raid, volunteered to settle the jittery audience, with "Mighty Lak a Rose" and went on to make 500 appearances in programmes to entertain the troops.

* toured Britain with fellow child performer Julie Andrews, became known as 'Britain's Shirley Temple' and was considered a mascot by the British Army, whose troops plastered her photos on their tanks for 'good luck' as they advanced into battle. 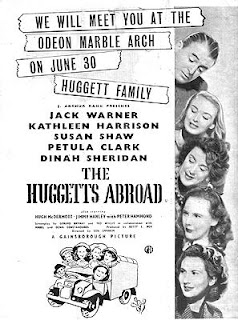 * in 1944 was cast her first film as precocious orphaned waif in a weepy war drama, 'Medal for the General' and then starred in succession of films including the 'Huggett Family' films based on a radio series and worked with Anthony Newley in 'Vice Versa' directed by Peter Ustinov.
http://www.youtube.com/watch?v=2_xMAzS3FEw

* launched her tv career in 1948 with an appearance on a BBC variety show, 'Cabaret Cartoons' branched into recording with her first release, "Put Your Shoes On, Lucy," for EMI in 1949 and had a number of major hits in the the 1950's and in the 60's moved into Europe, recording in German, French, Italian and Spanish and establishing herself as a multi-lingual performer.

* in 1964 released 'Downtown' in four different languages and witnessed its success in Britain, France, the Netherlands, Germany, Australia, Italy, Rhodesia, Japan, and India, it went to Number 1 in 1965 where it sold three million copies and was the first of 15 consecutive Top 40 hits.
http://www.youtube.com/watch?v=f-oQ5KwRSMU
I couldn't Live Without Your Love :
http://www.youtube.com/watch?v=6Ez6bUGGHnU&feature=related

* in 1968, on NBC-TV, inadvertently made television history when, while singing a duet, 'On the Path of Glory', with Harry Belafonte, took hold of his arm, to the dismay of a representative from the Chrysler Corporation, the show's sponsor, who feared that the moment would incur the racist bigotry of Southern viewers and she refused to substitute a retake.

* revived her film career in the late 1960s, starring in two big musical films : 'In Finian's Rainbow' opposite Fred Astaire
http://www.youtube.com/watch?v=anuDJ2pvdho
and was nominated for the 'Golden Globe Award' for Best Actress - Motion Picture Musical or Comedy for her performance and also starred with Peter O'Toole in 'Goodbye, Mr. Chips'.
http://www.youtube.com/watch?v=bZOSVX8UQK0

Since then Petula has continued to work :
* in the 1960's and 70's touring the USA in concerts
* strarring as Maria von Trapp in The Sound of Music in London's West End
* playing in 'Blood Brothers' on Broadway in 1993
* playing Norma Desmond in Ireland in 2004 and with more than 2,500 performances and has played the role more often than any other actress.
* In 2010, toured Australia, New Zealand and Quebec to sell out crowds.