Britain is no longer a country for and says "Goodbye" to Adrian Cowell, champion of the Amazon rainforest and its indians 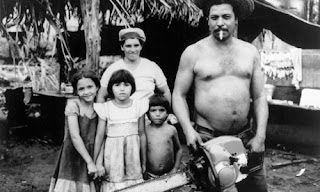 Adrian Cowell, campaigning journalist and film-maker who spent 10 years in the Amazon rainforest, shooting films for 'Decade of Destruction' which alerted the World to the plight of the forest and its 'hidden' tribes, has died at the age of 77.

What you may not have known about Adrian, that he :

* was born in Tongshan, China, where his father worked for a coal mining consortium, moved to Australia and then Britain where he studied at Ampleforth College in Yorkshire and then 'history' at St Catharine's College, Cambridge.

* took part in the 1955 Oxford and Cambridge 'Far Eastern Expedition' which passed through Afghanistan and Burma and was recorded for the BBC's 1956 'Traveller's Tales series', produced by the young David Attenborough.

* took part of a 1956 expedition in the Brazilian Rainforest, collecting material for his 1960 book, 'The Heart of the Forest' and then worked for the BBC, directing three 'Carnival of Violence' documentaries about the effects of western civilisation on Peruvian Indians.

* moved to ITV and with cameraman Chris Menges, joined Tibetan guerrillas as they attacked a Chinese military convoy, filmed in the 1966 Prix Italia-winning 'Raid into Tibet', which was an early example of his tenacity in bringing unreported stories to the outside world.

* returned to a Burma under military dictatorship and in 1966 filmed 'The Unknown War' about the Shan guerrillas in the remote Shan state and also footage for 'The Opium Trail'.
The Heroin Wars :
http://www.youtube.com/watch?v=Syr3tot5nnU

* in Burma again in 1974, took footage for 'The Opium Warlords', was trapped for 18 months, survived several ambushes and produced the series 'Opium' in 1978. 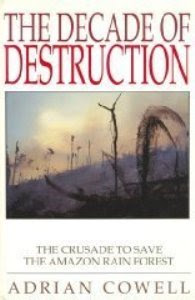 * shot his 'Decade of Destruction' series films, over 10 years between 1980 and 1990, alerted the world to the systematic ravaging of the Amazon rainforest and helped make the environment a political issue.

* filmed colonists given plots of land by the Brazilian government as they invaded territory of a previously uncontacted tribe and began deforestation, included this in the first film, the 1984 'The Ashes of the Forest'.


* after discovering that the World Bank was lending nearly half a billion dollars to the colonisation project, screened his footage in the USA at congressional hearings which was instrumental in the US cutting 20% from its annual donation to the World Bank and documented the saga in his 1987, 'Banking On Disaster'.

* used the murder of Chico Mendes, a rubber-tappers' union leader and environmentalist with whom he had worked, in his film 1990 film, 'The Crusade for the Forest' about the struggle to organise traditional communities to protect their lands.
Talking about Chico :
http://www.youtube.com/watch?v=OGdvAnqSFA4

* when making 'Fires of the Amazon' in 2002 for the BBC's 'Correspondent Series', found evidence of protected rubber-tapper reserves and sustainable logging of timber, but also road building by the Brazilian government which would cause further deforestation.
Fires of the Amazon :
http://www.youtube.com/watch?v=nzEPa5K1OJw

My admiration goes to an old Brit who crammed so much into his 74 years and campaigned so strenuously to make our world a better place. 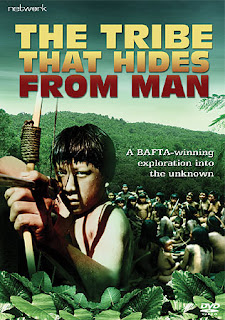