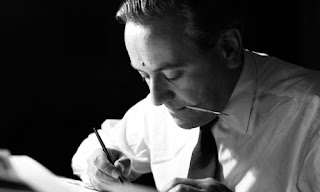 David Langdon, newspaper and magazine cartoonist, who wittily captured life in Second World War Britain , has died at the age of 97. 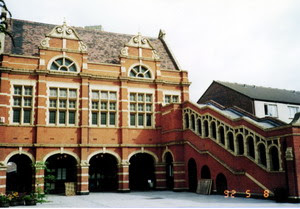 * was born in London and began to draw at the age of four on pavemment stones outside his house and then the margins of any school book, to the displeasure of his teachers at the Davenant Grammar School.

* had parents who did not consider 'drawing' as any kind of career and left school in 1931 securing a 'safe' job in the Architects Department of the London County Council then got his cartoons published in the staff magazine.

* got a political cartoon published in a milk-trade magazine, edited by a friend, a series of sporting cartoons in the 'Sunday Referee' then broke into'Punch Magazine' in 1937.

* perfected his style and created the use of the 'open mouth' in joke cartoons, whereas before characters were not drawn as if they were actually 'speaking' the captions beneath the pictures.

* had his first book of cartoons, 'Home Front Lines' published in 1941 at the time
he became a squadron leader in the Royal Air Force, where he served as cartoonist and eventually editor of the monthly RAF Journal. * after the War, worked for 'Punch' and the pocket magazine, 'Lilliput' and also had a weekly cartoon column of topical jokes in the 'Sunday Pictorial', later renamed the 'Sunday Mirror' and stayed with Mirror Group until 1990. 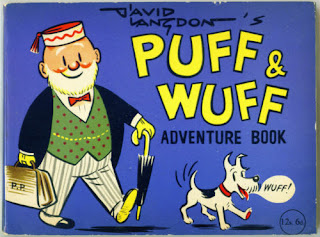 * worked for the maufacturers Bovril and Schweppes and from 1953 broke into children's comics with 'Professor Puff and His Dog Wuff' for the biggest selling weekly of the time, the 'Eagle'.

* wrote in his foreword to his first book :

'To me it is the British sense of humour which is still the fount of ideas, and in paying my tribute to it and to the marvellous way it has persisted undaunted through the darkest hours, I raise my tin hat to those faintly ridiculous but wonderful people, the men, women and children of the blitzed areas whose sense of humour will carry through to victory.' 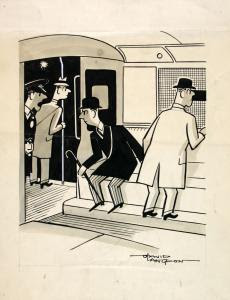