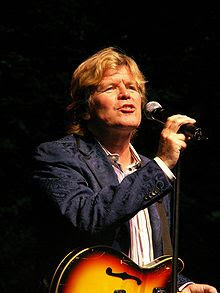 My friend DB has made the comment that :
'I think we need cheering up a bit this week after a run of pretty miserable stories - see what you can do for us - we are all feeling a bit glum!'

So here it is - a celebration of our youth and that of our fellow 'baby boomer', Peter Noone, singer, songwriter, guitarist, pianist and actor, best known as 'Herman' of the 1960's rock group 'Herman's Hermits' who had his 64th birthday over the weekend.

Things you possibly didn't know about Peter, that he :

* went to a grammar school near Manchester, studied 'voice and drama' at St Bede's College and Manchester School of Music, where he won the 'Outstanding Young Musician Award'. 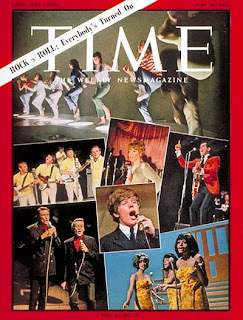 "Oh! You Pretty Thing", peaked at No.12 in the UK Singles Chart and was written by David Bowie, who also played piano on the track.
http://www.youtube.com/watch?v=X2wDYPQms78

'I'm Into Something Good' :
http://www.youtube.com/watch?v=zxDh2sYQRpo 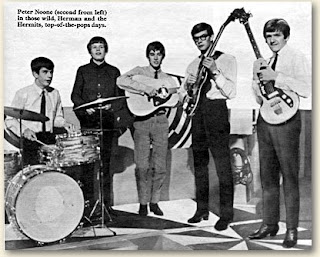 Labels: Happy Birthday Peter Noone in 2011