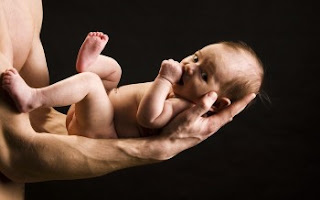 A recent article in the Guardian newspaper was entitled :

WE ARE WHAT OUR MUMS ATE
With the help of old maternity notes, scientists have discovered that adult health is directly related to childhood nutrition.
http://www.guardian.co.uk/mending-broken-hearts/british-heart-foundation-we-are-what-our-mums-ate 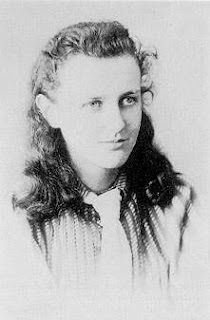 The story starts with Ethel Burnside who travelled round Edwardian Hertfordshire on her bicycle over a hundred years ago, visiting new mothers and babies. Her mission was to tackle Britain's appalling rates of infant mortality when one in 10 babies died in the first year of life and many who survived to reach adulthood were sick and infirm. As the County's first 'health visitor', Ethel created an army of trained midwives to attend births and advise mothers.

What is interesting about Ethel is that she :

* as a stickler for organisation, insisted that her 'army' record every detail of the babies in their care : when teeth appeared, whether they were bottle fed, whether they used dummies, when they were weaned, their weight at birth and one year later.

* died aged 75, in 1953, but her detailed records, forgotten in the archives of Hertfordshire County Hall for decades, have changed the way we think about disease because researchers have shown that the seeds of adult disease are sown in the womb and first two years of life and influence whether they, as old men, will enjoy a happy old age or one afflicted with heart disease, diabetes, stroke and lung problems.

The figure at the heart of the search for these foetal origins of disease is Professor David Barker of Southampton University who in the 1980's, noticed a similarity between a map of heart disease in England and a map showing infant mortality in 1910. Regions with the least healthy Edwardian babies – the North-West, South Wales, the West Midlands and the North-East – were hotspots for heart disease 60 years later. Intrigued, he and colleagues searched for records to shed light on the puzzle and struck gold in Hertford, where Ethel's 1911 to 1940 data was in storage.

David tracked down 15,000 of the babies born before 1930 and compared their birth details with their adult medical histories and the findings were astonishing.

Old men who had a low birth weight either as babies, or aged one and so who were suffering from poor nutrition were at much higher risk of developing coronary heart disease as adults and tended to have higher blood pressure, less elastic arteries, altered stress responses and were more likely to have chronic bronchitis.

The findings led to the 'Barker Hypothesis' which argues that :

* there are key windows of development between conception and a child's second birthday.

* if nutrition is not good enough at any of those stages, imperfections will be built into the growing person.

* given the right genetic and environmental factors, these design flaws will make someone more prone to illness later in life.

* many of these crucial moments are in the womb, however, a child's brain, immune system and skeleton continue to develop until around their second birthday — the 1,000 days which matter.

So my fellow baby boomers what were our mothers eating when we were in the womb ?

A little initial reasearch and it is not good news:

A week's 'rationed' food for a family during the Second World War which excludes vegetables which were not rationed : 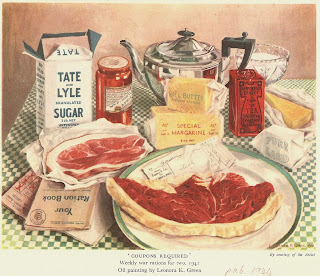 It certainly wasn't like this family's weekly food today : 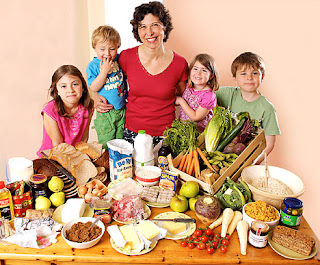 Labels: Old men who had a lean time as a foetus and baby