Britain is, more and more, no country for old Asian men 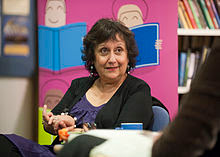 An article in 'The Daily Mail' newspaper yesterday by By Yasmin Alibhai-Brown was entitled :

DOGS IN KENNELS ARE TREATED BETTER THAN MANY OF BRITAIN'S ELDERLY

In it, she confirmed my hypothesis that : Britain is No Country for Old Men.

Yasmin is an interesting woman, who :

* is 62 years old, was born in East Africa into the Ugandan Asian community in Kampala who came to Britain when she was 23 and after working as a teacher, particularly with immigrants and refugees, moved into journalism in her mid-thirties.

* has written for a number of newspapers, won various awards for her journalism and appeared on current affairs TV shows.

Yasmin has, what I would call, 'gravitas' and in her article she made the point that, although millions sob because their favourite star has been voted off the TV shows, 'The X Factor' or 'Strictly Come Dancing', when it comes to real pain, no one seemed to care.

'The truth is that in Britain in 2011, few shed any tears over the cruel way the elderly are treated in this country. A new and shocking report by the Equality and Human Rights Commission shows that thousands of old people are being appallingly abused in their own homes by the very individuals employed to care for them.'

'The sorry truth is that it is not just the professionals who have given up on the elderly. The maltreatment of pensioners by carers goes on only because there is widespread indifference to the fate of the old in society at large.'

'Old people in our country today are seen not as individuals, but as a burden — a growing mass of drooling, incontinent, helpless and demanding parasites.'

'You may think I’m exaggerating, but there is no doubting the fact that the elderly are wholly cast as an economic drag on the young and the nation.'

She conceded that there were still communities in Britain where families looked after their old relatives and among British Asians, for example, it was considered a sin to abandon or neglect the needs of the people who gave you life. By tradition, parents could expect to be with their families until the end. However, even here this was changing and Asians too are also beginning to see nursing homes as convenient places to place old relatives. 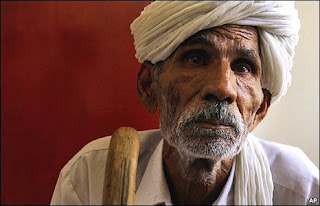 Labels: Britain is no country for old Asian Men