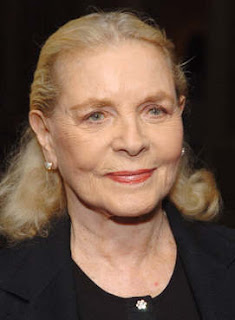 American actress, Lauren Bacall, is 87 years old today and Britain's old men remember admiring her beauty when they watched her black and white films when they were young.


What they possibly didn't know about her, was that she :

* was born Betty Joan Perske in New York, where her parents were Jewish immigrants from Europe and when they divorced when she was five, took her mother's name, Bacall.

* was spotted by the wife of film director, Howard Hawks, on the cover of 'Harper's Bazaar' who urged him to have her take a screen test for 'To Have and Have Not'.

* was signed up to a 7 year personal contract with Hawks who brought her to Hollywood, gave her $100 a week and began to manage her career.

* was taken under the wing of Nancy who dressed her stylishly, guided her in matters of elegance, manners and taste and at the same time had her voice was trained to be lower, more masculine and sexier.

* in 'To Have and To Have Not' was so nervous that to minimize her quivering, pressed her chin against her chest and to face the camera, tilted her eyes upward and produced the effect became known as 'The Look' which was to become her trademark.
http://www.youtube.com/watch?v=MheNUWyROv8 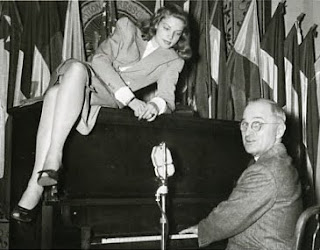 * when she was 20 in 1945, sat on top of the piano while Vice President Harry S. Truman played at the National Press Club Canteen and saw the resulting photos cause controversy and make worldwide headlines.

* started a relationship with Humphrey Bogart and appeared with him in the film noir 'The Big Sleep' in 1946 :
http://www.youtube.com/watch?v=0YQ6aVqMapk

* While struggling at home with Bogart's terminal cancer, starred with Gregory Peck in the screwball comedy, 'Designing Woman' which was directed by Vincente Minnelli and released in 1957, four months after Humphrey had died.
http://www.youtube.com/watch?v=ytUMh7UrFMA 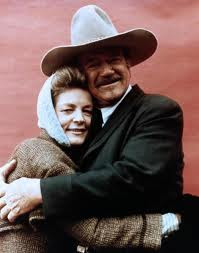 * saw her movie career wane in the 1960's and she was only seen in a handful of films then in 1976, co-starred with John Wayne in his last picture, 'The Shootist'. and despite the significant political differences between them, became friends with him.

* in 2006, was awarded the first 'Katharine Hepburn Medal', which recognizes 'women whose lives, work and contributions embody the intelligence, drive and independence of the four-time-Oscar-winning actress'.

At tribute in photos :
http://www.youtube.com/watch?v=Z6xXDC4BW7k 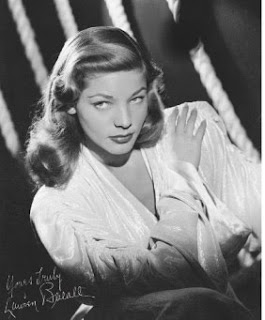