Britain is no longer a country for an old 'lord of language' who once made ' A Resounding Tinkle' called N.F.Simpson 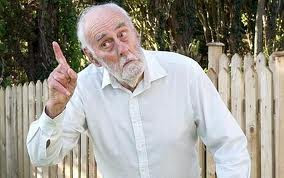 The playwright, N.F.Simpson has died at the age of 92.

Things you possibly didn't know about N.F., that he :


* was born in London, got his first job as a bank clerk then, during the Second World War, served in the 'Royal Artillery' and 'Intelligence Corps', travelling to Italy, Palestine and Cyprus and after the War studied for a degree in English Literature at the University of London, 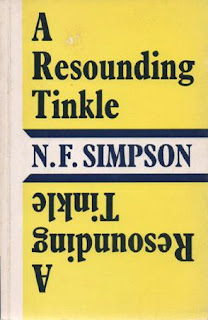 * experienced the turning point in his life in 1957 when he won a prize in 'The Observer' newspaper’s 'quest for new writers', headed by theatre critic Kenneth Tynan and saw his 'A Resounding Tinkle' premiered at the Royal Court Theatre which cenred on the comedy of a couple who find an elephant in their garden which is different from the one they had ordered.

* wrote 'The Hole', in which a crowd of people stand around a hole in the ground and try to impose their own fantastic vision of what is going in the hole on each other and was a huge hit, which led Tynan to declare that N.F. was no "flash in the pen, but a true lord of language, capable of using words with the sublime, outrageous authority of Humpty Dumpty".

* had his most celebrated stage play, 'One Way Pendulum',directed on film by Peter Yates in 1964 with Eric Sykes constructing a model of the Old Bailey in his living room while a mute Jonathan Miller taught 100 speak-your-weight machines to sing the 'Hallelujah Chorus', the play was too theatrical for the cinema, was a failure.

* This comic balance is recognised as a major influence on the early work of Peter Cook, particularly the E.L.Wisty monologues
http://www.youtube.com/watch?v=UDId8LBlXEk : 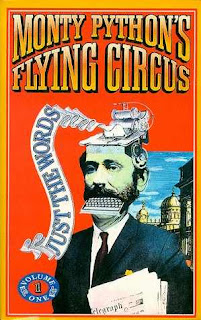 A tribute to the man John Cleese cited as the 'Godfather' of 'Monty Python's Flying Circus'.
http://vimeo.com/28411755