Richard Hamilton, the artist who created and coined the phrase,'Pop Art' has died at the age of 89. He created the collage :
'Just What Is It That Makes Today's Homes So Different, So Appealing?',
for the 'This Is Tomorrow' exhibition, an incredible 55 years ago, in 1956.

It was quite shocking for the time, with a naked woman on a sofa, a bodybuilding he-man holding an over sized lollipop labelled 'Pop' in a prominent position, lots of domestic gadgets including a TV, the cover of a comic presented as a framed painting, an all-too-urban scene through the landscape window and the ceiling covered with a space-age photo of Earth. 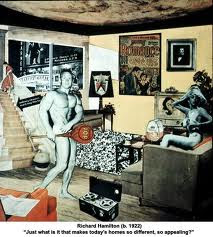 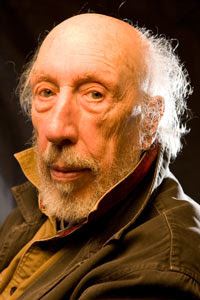 * was born in London, where his father was a driver for a car showroom, left school without qualifications, became an apprentice working at an electrical components firm, discovered he had an ability for draughtsmanship and began painting at evening classes at St Martin's School of Art which led to his entry into the Royal Academy Schools at 16.

* had his studies interrupted by The Second World War, then after the War re-enrolled at the Schools, but was later expelled on grounds of 'not profiting from the instruction' and the loss of his student status forced him to carry out National Service.

* in 1948 was at the Slade School of Art and after two years began exhibiting his work at the Institute of Contemporary Arts (ICA) where he also produced posters and leaflets and then taught at the Central School of Art and Design 1952 until 1966. 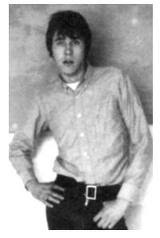 * went on to teach at the Newcastle College of Art where on of his pupils was Bryan Ferry.
http://www.youtube.com/watch?v=Ck9mulmCVMo

Bryan, acknowledged Richard's influence when it came to designing Roxy Music's early record sleeves, and said : "Maybe the fact that I’d studied at a school which had a big pop-art thing going on helped. Marilyn Monroe was one of the big iconic graphic figures that Richard used, Andy Warhol too. She was very much a part of what was around in the media, she represented one of the most glamorous parts of our culture". 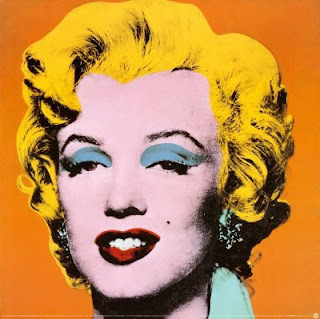 * was, from the mid-1960s, associated with the pop music scene, became friends with Paul McCartney and produced the cover design and poster collage for the Beatles' 'White Album.' 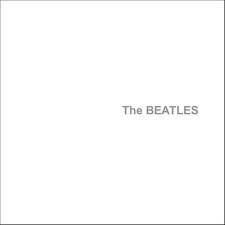 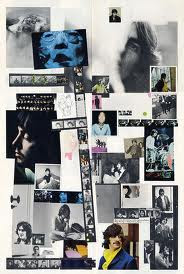 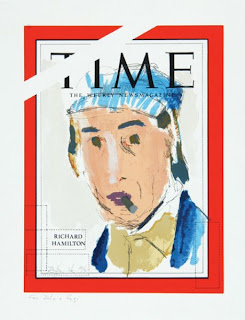 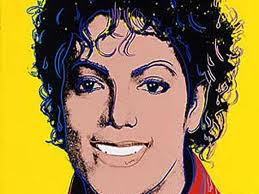 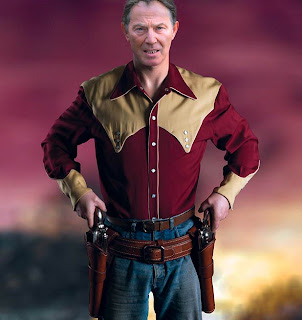