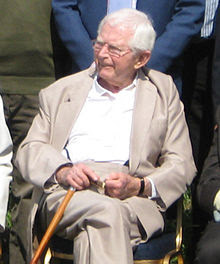 David Croft, best known as the co-creator with Jimmy Perry of the tv series 'Dad's Army' and also created 'It Ain't Half Hot Mum' and 'Hi-de-Hi!' with Jimmy Perry, has died at the age of 89.

What you possibly didn't know about David was that he :

* was born into a showbiz family where his mother, Annie, was a famous stage actress and father, Reginald , had a successful career as a radio actor in Hollywood. 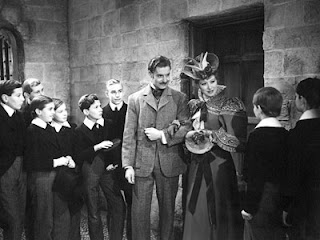 * after leaving Rugby School, saw his film career begin and end with an uncredited appearance in the film 'Goodbye, Mr. Chips' in 1939.

* enlisted in the Royal Artillery in the Second World War in 1942, contracted rheumatic fever in North Africa, was sent home to convalesce, then underwent officer training at the Royal Military Academy Sandhurst.

* was posted to India as the War in Europe ended and when the War was over began working in the entertainment industry, as an actor, singer and writer, eventually settling as a TV producer creating his first sitcom, 'Under New Management', set in a derelict pub in the North of England.

* working at the BBC in the mid-1960s, was introduced to actor Jimmy Perry, who handed him an unsolicited script for a pilot called The 'Fighting Tigers' about the British Home Guard during the Second World War and the two of them went on to co-write nine series of what became 'Dad's Army', when I was between the ages of 21 and 30, from 1968 to 1977.
http://www.youtube.com/watch?v=0V3SqxUomwk

* had his last full series 'Oh, Doctor Beeching!' broadcast from 1995 to 1997, was co-written with Richard Spendlove.

Clips from the Guardian :
http://www.guardian.co.uk/culture/tvandradioblog/2011/sep/27/david-croft-master-of-britcom?newsfeed=true