Jimmy Perry, most famous for devising and co-writing the BBC sitcom, 'Dad's Army' with David Croft is 88 years old today. It ran for 80 episodes from 1968 to '77 between my 21st and 30th birthdays and those formative years of job, marriage and first child. I rembember both it, and those years, with great affection. I suppose, looking back that, although I was born after the Second World War, I was familiar with it because so many of the people close to me, not least my Mother and Father, had lived through it.

Things you possible didn't know about Jimmy, that :

* was born in Barnes in London in 1923 and became fascinated with the variety theatre at an early age where is heroes were Arthur Askey, Ted Ray and the 'Crazy Gang'.

* when his father asked him : "what do you want to do when you leave school ?", told him that he was determined "to be a famous comedian" to which his father replied : "You stupid boy!"

* joined the 'Watford Home Guard' at the start of The Second World War at the age of 16 in 1939, and later based the 'Dad's Army' character, mummy's boy 'Private Pike', on himself and has said, "She didn't go so far as making me wear a scarf, but she came pretty near".

* wrote the theme tune for 'Dad's Army', "Who Do You Think You Are Kidding, Mr Hitler?" and won the Ivor Novello Award in 1971 for 'Best TV Signature Tune'.
http://www.youtube.com/watch?v=CEDWDAMRBeU 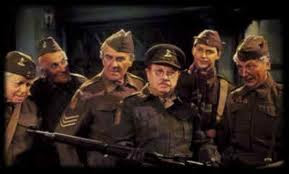 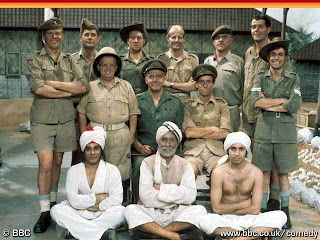 * was drafted into the Army in 1941 and sent to Burma, where he joined the Royal Artillery Concert Party which entertained the troops and his experiences informed 'It Ain't Half Hot Mum'.
http://www.youtube.com/watch?v=E-Qr4521pdA

* after the War, trained as an actor at RADA, spending his holidays working as a Redcoat in Butlin's Holiday Camps which inspired him to create 'Hi-de-Hi'.

* from 1954 to 1965, ran the Palace Theatre, Watford, a repertory company which produced a different play or show every week and whilst working for Joan Littlewood at the 'Theatre Workshop' in Stratford East, had the idea for a show based on the Home Guard he called 'The Fighting Tigers' which became 'Dad's Amy'.
Jimmy recalls writing Dad's Army :
http://www.youtube.com/watch?v=aJTQ4qW-ePc

From the series the "Don't tell him Pike" episode :
http://www.youtube.com/watch?v=0V3SqxUomwk

* at the end of the 1970s, became involved as presenter in a BBC series called 'Turns', dedicated to films of nearly forgotten music hall acts of the 1930's and 1940's.

* had his autobiography,'A Stupid Boy' published in 2002. 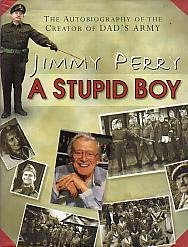