Statistics from the 'National Policing Improvement Agency' have revealed that :

* an old man of 102 years old is the oldest person to have his DNA stored on the National Database and the 10 oldest people who are on file are all men.

* at the other end of the age spectrum, the 10 youngest records were all of 10-year-old boys, two of whom were innocent of any crime.

* figures released last year showed that 40 pensioners are arrested in Britain every day.

* more than 40,000 over-65s have been arrested since 2007 and most notoriously, a 71-year-old man was fined for rollerblading in Southport, and a 72-year-old man was wrongly arrested in Tyne and Wear by officers who thought he had stolen a bath plug from B&Q. Campaigners said that keeping DNA records of very elderly people and young children shows that the database is expanding beyond its remit.

Isabella Sankey, the Director of Policy at 'Liberty' said :
"DNA profiles of small children and centenarians have no place on this database which is far more appropriate for dangerous, convicted criminals." She called for a "more targeted, proportionate" system. 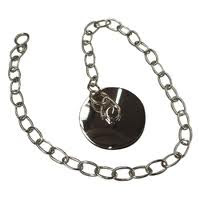 So reader, what do you think ?