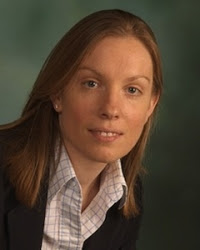 The young Member of Parliament for the constituency in Kent next to mine, 36 year old Tracey Crouch, told the House of Commons yesterday that the creation of a 'ministerial post for older people' would be of "huge value" to the Government.

Tracey, the Conservative MP for 'Chatham and Aylesford', led an adjournment debate in Westminster Hall on care for older people. Ahead of the debate, she said the new role was required because one in four people will be over 65 by 2050.

In the dabate it was stated that that this House :

* acknowledges the huge contribution made to society by people aged over 60 years.

* notes that there are now more people in the UK aged 60 years and above than under 16 years, which will have enormous social and economic consequences for the country.

* further notes that over 10 million people alive in the UK today are expected to live to be 100 years old.

* believes that the Government should do more to tackle the social and economic challenges facing older people and to give older people a voice.

* calls on the Government to co-ordinate services including employment, pensions, housing and healthcare by creating a dedicated Minister for Older People.

Britain's old men say : "Good on you Tracey. Keep up the good work !"