Britain is no country for old men with 'undiagnosed' dementia

New research by the 'Alzheimer’s Society' estimates that, although 766,000 people in Britain have some form of dementia, only about 311,000 have been diagnosed, meaning some 455,000 sufferers and their families are left ‘struggling in the dark’ without help.

Working on the basis that there about 40% old men compared to 60% old women, I estimate that about 182,000 old men are living with and trying to cope with some form of undiagnosed dementia and although there is no cure, there are drugs which could help them with their symptoms, which may include confusion, mood swings and depression. 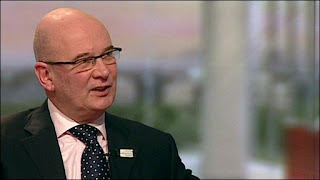 Andrew Ketteringham, of the Alzheimer’s Society, has said:
"There are a number of doctors who don’t feel encouraged to provide a diagnosis. Many don’t feel confident and some associate dementia with old age. They think nothing can be done, so there is no reason to frighten or worry a person. Early diagnosis is essential for access to medication and to give patients and their families help and support. It can be very frightening for patients and their families to see the changes in personality and frustrations that arise."

So what does this mean to you undiagnosed old men in particular and society in general ?

Well, missing out on treatment which could greatly enhance your quality of life and postpone having to move into a care home and this coupled with less time spent in hospital could save societ nearly £3 billion.

.....and the Government's comment through 'The Department of Health':
‘We are making progress in improving services for people with dementia, but more needs to be done.’