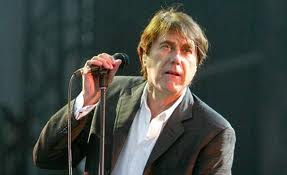 Bryan Ferry, 'The King of Cool' was 66 yesterday.


What you probably did know about Bryan, that he :

* as a musician, is known for his suave manner, glamorous image, seductive music and wistful vocal style, famous in the early 1970's as lead vocalist and principal songwriter for 'Roxy Music'.

What you probably didn't know about Bryan, that he : 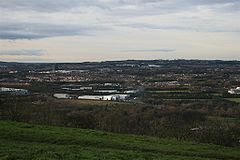 * was born into a working-class family in Washington, County Durham, where is father was a farmer who also looked after coal pit ponies.

* studied 'Fine Art' at the University of Newcastle upon Tyne and then became a 'pottery' teacher at Holland Park School in London.

* formed 'Roxy Music' with friends and acquaintances in 1970 and collaborated with fashion designer Antony Price for clothing and image consultation.

Aspects of Bryan's life where he has courted controversy when he :

* in 2007, Ferry praised the imagery and iconography of the Nazi regime in an interview with the German newspaper, 'Welt Am Sonntag' and stated :
"the way that the Nazis staged themselves and presented themselves, my Lord!...I'm talking about the films of Leni Riefenstahl...and the buildings of Albert Speer and the mass marches and the flags—just fantastic. Really beautiful."

* made a public apology, stating : "I apologize unreservedly for any offence caused by my comments on Nazi iconography, which were solely made from an art history perspective. I, like every right-minded individual, find the Nazi regime, and all it stood for, evil and abhorrent."

* found that the British retailer Marks and Spencer, where he was to model their 'Autograph' menswear line, severed their ties with him.

* gives support to the 'Countryside Alliance' long defended hunting, especially fox hunting, and opposed the ban on fox hunting and other forms of hunting with hounds, which came into effect in England and Wales in 2005

Putting aside my personal feelings about Bryan's views, his music still resonates for me.

Smoke Gets in your Eyes 1974 :
http://www.youtube.com/watch?v=tJtMoX_mHBg&feature=related

Love is the Drug 1975 :
http://www.youtube.com/watch?v=4_KFebLWpY0&feature=related