Britain is no longer a country for an old German called Henry Metelmann, peace campaigner and one time devotee of Adolph Hitler

Henry Metelmann, soldier, railway worker, groundsman, writer and peace activist, has died at the age of 88.

Henry was an intelligent and interesting man who served in a German Army Panzer Tank Division between 1939 and '45, witnessed the 'Battle of Stalingrad', the shock of defeat and the long retreat out of Soviet Russia and across eastern Europe had opened his eyes to the reality of Nazism and led him on a lifelong journey of atonement.

What you possibly didn't know about Henry, that :

* he was born in a working-class part of Hamburg in North Germany, where his father was a railway worker and staunch socialist and his mother was highly religious.

* in the 1930's, at the age of 10, he became a member of the 'Hitler Youth' with a 'uniform with a brown shirt and a shiny leather belt' and later recalled that it 'was smashing' along with the glamour of the banners, fanfares and promises of glory.
http://www.bbc.co.uk/learningzone/clips/why-was-the-hitler-youth-so-important/3264.html

* was seduced by the lure of Hitler and later said : 'I thought he was a second God. I wanted to believe it because I wanted to belong to something that was powerful, which was understandable when you are 12, 13, 14.' and in the process caused immense sorrow to his father, who died in 1940.

* aged 18 in 1941, was drafted into the 22nd Panzer division and as a tank driver, advanced across Soviet Russia, narrowly avoided being captured along with the rest of the German Sixth Army in 1942, spent the next two years in retreat and then surrendered to the Americans in 1945.

* was sent to the USA as a prisoner of war then to Britain in 1946, where he worked on farms until he was released in 1948, returned to Germany to find his mother and most of his family was dead and became increasingly alienated by his fellow Germans' reluctance to talk about their culpability in the rise of Hitler. 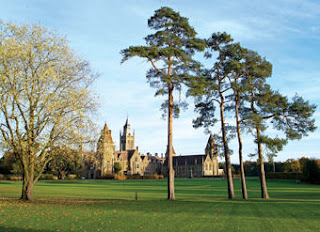 * returned to Britain and worked as a railway porter and a signalman and in 1952, married Monika, a Swiss 'au pair' he met while working on a Hampshire farm and later worked as a groundsman at Charterhouse school.

* encouraged by his children, wrote 'Through Hell for Hitler' in 1990, and recounting an episode he was ordered him to drive his tank over an injured Russian said : 'I had to run over the injured man and kill him. I became a murderer' and also described how peasants' houses were burned down in the middle of winter, when temperatures dropped to minus 40C.

* had his first doubts about Nazi ideology when he fell in love with a Russian girl and said : 'Nothing happened, it was just puppy love, but I admired Anna and she could argue with me. I realised the Russians were fine people. This was the first dent in my feeling of racial superiority.'

* found his book and a second, 'A Hitler Youth' in 1997, him national attention and an interview in the 'Guardian' in 2001 :
http://www.guardian.co.uk/education/2001/nov/16/artsandhumanities.highereducation

and a BBC 'Timewatch' drama documentary in 2003 :
http://www.youtube.com/watch?v=Mjlq0zWPzC4

* wrote in 'Through Hell for Hitler' : 'The feeling of guilt for what in a collective way I have done to others, especially the people of Russia, lies very heavily on me. Coming to the evening of my life now, I sometimes wonder what it has been, a drama, a tragedy, a crime or a comedy. I cannot be quite sure. I have regrets for the suffering I have caused others, but no complaints about what others have done to me.'

P.S.
Henry said : 'There is so much unreason. Korea, Suez, Yugoslavia, Afghanistan, Iraq: I am disappointed that people have learnt nothing from the horror of the catastrophe of the Second World War.'

A very old Henry, not so long ago, visiting a Wimbledon signal box on an outing from his 'Woking Home Residential Care with a Railway Heritage' : 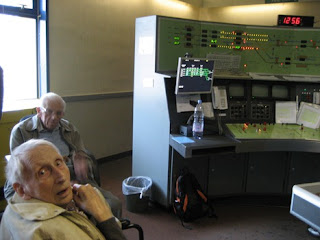