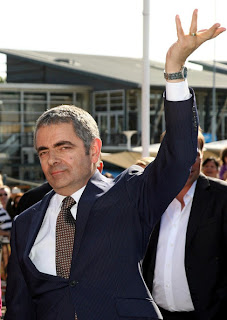 Mr Bean, the comedian Rowan Atkinson’s comic creation, is unlikely to appear on our screens again in any new adventures since Rowan believes that at 56, he is too old to play the bumbling character.

Mr Bean first blundered on to television in series which ran for five years from 1990and despite the derision of some critics, the programme proved a huge ratings success, with viewing figures of more than 18 million. In fact, the character proved such a draw, even in the notoriously difficult U.S. market, that two films were made of his exploits, 'Bean: The Ultimate Disaster Movie' in 1997 and 'Mr Bean’s Holiday' fours year ago and between them they earned £305 million worldwide. 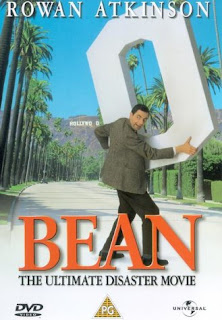 Rowan, however, who describes Mr Bean as "a child in a grown man’s body" has said :
"I’ve got a feeling I probably won’t play the character again. Never say never, but I just feel I’m getting too old for it. I’ve always liked Mr Bean as a cartoon-like figure, who doesn’t really age much. I’ve always seen him as an ageless and timeless being and I’m clearly not ageless and timeless. The older I get, I feel I am less qualified to play him."