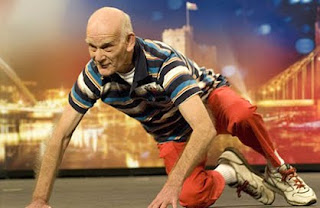 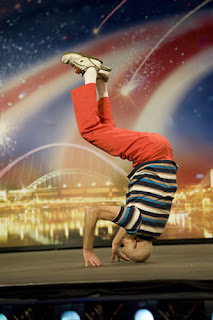 The first 'villain' of today is the 73 year old Fred Bowers, who appeared on the T.V. Show,'Britain's Got Talent' and wowed the show's judges and millions of viewers with his body-popping displays, which included spinning on his head.

However, the Department for Work and Pensions was less impressed – because he was still claiming £50 a month in 'motability allowance' for his car. After a tip-off, they launched an investigation into Fred, who claims he has a bad leg. He has agreed to pay back £3,000 at a rate of £10.80 a week out of his state pension.

He could also be stripped of his £70 a week disability benefit, which is still being reviewed following his appearance on the show.

But the ex-soldier has remained defiant, after revealing his star turn has secured him bookings for almost every day of the week. Fred, who now has an agent, said he had not yet been paid for his performances but confirmed future dates had been lined up.
He said: "There will be more personal appearances. I'm having a great time and enjoying everything on the back of Britain's Got Talent. The pain in my leg doesn't affect my dancing. It usually hurts when I've been walking, but I mostly stand still when I'm on the stage".

"I don't get my Motability money any more, but I'm not a benefits cheat. It wasn't nice to be accused of fiddling, because I did nothing wrong.Some of what has been said about me is a load of nonsense. It all came about because someone was jealous and rang up the papers".

"I just want to show that even elderly or disabled people can do something amazing. I won't let one bad experience ruin everything."


The second 'villain' of today is the distinguished,74 year old, retired civil servant,Sir Thomas Legg - shown below. He led the Inquiry into M.P.'s fraudulent claims for expenses paid for out of tax payers money. The most ridiculous was from the M.P. who claimed £1,600 for a floating duck island in his garden. 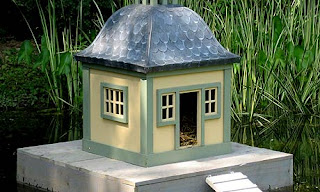 Yesterday about 600 MPs got letters containing the interim results of a review of their expenses claims for the last five years and Sir Thomas is not 'flavour of the month' with many of them. The are livid, saying they are now being told by Sir Thomas, to repay claims that were allowed at the time by Commons Officials.

Some believe he has gone beyond his remit and say he was asked to look at claims within the rules as they existed at the time.

However, the BBC's Political Editor, Nick Robinson said : "In Sir Thomas's letter he said, determining what rules there were at the time was, 'not a straightforward task' and that while there were limits on what could be spent on furniture, there appeared to be none for services like gardening and cleaning.

Many MPs have announced they will be standing down and some have already repaid claims in response to their constituents' anger.