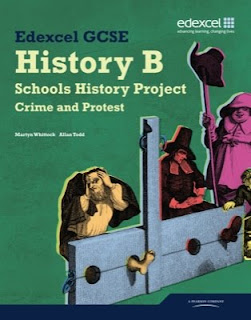 Six years ago I took 'early retirement' from teaching after teaching 'History' to 11 to 18 years old in state schools for 34 years. I simply found that, what is euphemistically known as, the 'challenging' behaviour of some adolescents, completely demoralising. It only takes the co-ordinated efforts of 6, 14 years olds in a class of 30, to completely disrupt the lesson of, even the most experienced of teachers.

What hurt the most, was my inability to teach the subject I loved,'History', to the majority who wanted to learn.
Every school these days has a room where you can send the bad guys, but the numbers there are limited and I would not be allowed to export 20% of a class to the 'sin bin'.

It came as no surprise to me to find that, I am not alone in 'jumping ship' before my time. Two years ago it was announced that early retirement in state secondary schools had risen by 93 per cent, compared with a rise of 52 per cent in primaries. Most of the retirees complained about having to juggle 'poor classroom behaviour' with endless new Government initiatives.

Geraint Davies of the NASUWT Union spoke a lot of sense, when he predicted the picture would get worse as teachers struggled with indiscipline.

He said : “There’s that small, but unfortunately increasing minority of pupils, who are not prepared to conform to the rules of the classroom... I’d go as far as to say the situation will further deteriorate rather than improve. When you’re in that classroom day after day, performing from 9am to 3.30pm, and when you have to deal with all sorts of interruptions, mainly in terms of indiscipline by pupils and the bureaucratic demands of the system, it’s no wonder so many teachers are buckling under the strain. In many respects it’s a very sad situation in that, too many teachers, who have given their all to the profession now find themselves in the situation where they cannot continue in the profession they have loved all their lives.”

Anna Brychan of the National Association of Head Teachers, did not speak much sense

when she said : " Increasing workload and a lack of support for people in positions of responsibility could be to blame. We’ve had instances in some areas of a teacher retiring before they were even able to access their pensions and citing stress as the major reason for doing so. You have to be in a pretty bad way to consider doing that. Strain was not coming primarily from misbehaviour by pupils, she added, but from the challenges such as meeting health and safety requirements ".

When the comedian,Matt Lucas, created Vicky Pollard for his T.V. Show 'Little Britain', he based her on more than one grain of truth about youngsters in Britain today :

The other factor to take account of is the increasing lack of support by parents, who all too often rise to the defence of their errant offspring and defend their actions.

What has brought about this sea-change in attitudes ?

2. If their mother was, shall we say 25, when they were born, this would mean that the unsupportive parents of undisciplined children of today were themselves being brought up in 1970's and early 1980's. That's when they adopted the attitudes they did from their parents and when were their parents born ?

3. The answer is just after the Second World War. So we can place the responsibility of adolescent indiscipline squarely on the doorstep of my generation of Baby Boomers.

So, in a round about kind of way, I was partly responsible for my own demise as a teacher.