Is Britain still a country for Captain Pugwash ? 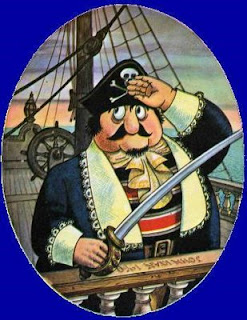 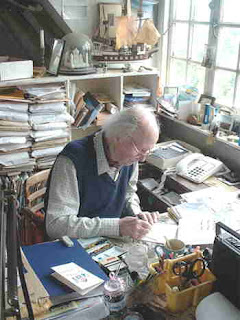 Forty Five years ago, when I was at school, studying for my 'A' Level exams, the cartoon series, ' Captain Pugwash' on black and white B.B.C. Television, became a cult, amongst us teenagers. We used to go home on our buses and our bikes and watch it on 'Childrens' Television'.

Why did we do that ? I'm quite sure that teenagers wouldn't do the same today.

I think that the answer is, that the Captain's creator, John Ryan, put the Captain in that dieing tradition of British 'fair play'. In 1964, he was an anachronism from the past, but he spoke about the present.

There was a childish innocence about his blustering pirate Captain, shouting "dolloping doubloons" or "kipper me capstans". Ryan's techniques – using cardboard cut-outs of the characters, manipulated by levers against a painted background – seemed a throw back to 'Punch and Judy' shows at fairgrounds.

Ryan was an interesting man, who was born in Edinburgh, the son of a diplomat, Sir Andrew Ryan and educated at the Catholic, Ampleforth College in North Yorkshire. School was followed, almost immediately, by Wartime Service, first in India and then Burma. On discharge, he studied art at Regent Street Polytechnic and then taught at Harrow. All the time, however, he was working on cartoon characters.

Captain Horatio Pugwash, forever bold before the event, suffered 12 rejections before, he cast off ,in 1950, in his ship, the Black Pig, in the first edition of 'The Eagle' boys' comic, and then went on to enjoy an eight-year passage in the B.B.C. 'Radio Times' magazine.

I first saw Pugwash when he appeared on television in a series of 58 black-and-white episodes (1957-66). At around this time, the good Captain's ship 'The Black Pig' became the subject of an urban myth. The crew included characters, called 'Master Bates', 'Roger the Cabin Boy' and 'Seaman Staines' and word went round that their names were loaded with sexual innuendo. Ryan responded angrily to published misrepresentations and his lawyers successfully obtained public retractions from 'The Guardian' and the now defunct, 'Sunday Correspondent'.

Here's a for clip for Old Mateys :