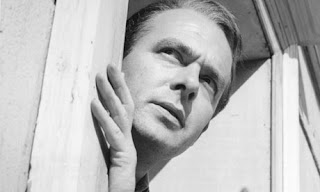 Barry Letts has died at the age of 84. As an actor he figured prominently in those early black and white days of television drama in the 50's and 60's. In 1957, we had one of the only television in our road. I remember the kids in the neighbourhood gathered in our front room and sitting on the floor to watch 'Childrens' Television' on a 9 inch screen, which had a glass bubble of oil fixed to it, to make the picture LARGER.

I, and the kids, would have seen Barry, the actor, for the first time in early Sunday evening serials, such as 'The Black Arrow' in 1958 and the Second World War drama 'The Silver Sword' in 1957. In 1959 he played Colonel Herncastle in Wilkie Collins's 'The Moonstone', alongside his friend, Patrick Troughton. 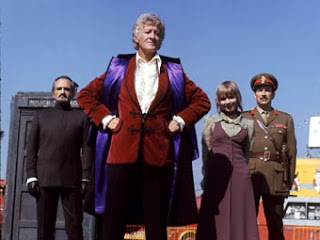 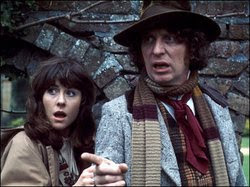 It was through his work as the producer of 'Doctor Who', that he secured his place in TV history. He steered the series through one of its most popular eras, when he inherited Jon Pertwee as 'The Doctor' in October 1969. He set the episodes on Earth with 'The Doctor' seconded to the military organisation 'UNIT' and the series reached a huge audience. One of the last acts, of his five-year tenure as producer, was to cast Tom Baker as Pertwee's successor.
http://www.youtube.com/watch?v=wRhPM2wMzH8&feature=player_embedded

Letts had a liberal world view and believed that, if intelligent people are gathered together, "they will tend to be liberal/left of centre, because that is the most intelligent position to take". Letts was also a Buddhist, and his beliefs influenced the 1973 episode, 'The Green Death', which reflected his ecological concerns.

There were also stories with contemporary resonance such as : critiques on 'colonialism and apartheid' and even 'entry into the Common Market', which was 'the Galactic Federation', in 'Doctor Who' parlance. All this was presented within a format of child-friendly derring-do.

As a director, he was in charge of a number of memorable adventures. 'Terror of the Autons', featured a killer plastic chair, a murderous telephone flex and lethal fake daffodils and prompted questions in the House of Commons regarding 'TV violence', which seems hard to believe now.

Letts, a benign man who took his responsibilities seriously, never went that far again. 'Carnival of Monsters', a witty satire on the entertainment industry, with the Doctor an exhibit in an alien peepshow, went for belly laughs rather than bed-wetting.

It was also Letts who gave 'The Doctor' a journalist companion, Sarah Jane Smith , played by Elizabeth Sladen, who, in a departure from the passive assistant role and in line with the 1960's, could give as good as she got and created a dynamic that has survived in the programme's latest incarnations.

He co-wrote Jon Pertwee's swansong as 'The Doctor' in 'Planet of the Spiders', as well as 'The Daemons' which featured satanic aliens in a cut-off village full of murderous morris dancers. Barry talks about the destruction of a church in the following link :
http://www.youtube.com/watch?v=dT8t0P49giE&feature=player_embedded

The link below takes you to all 11 incarnations of 'The Doctor'
http://www.shannonsullivan.com/drwho/4doc.html

Labels: Barry Letts and Doctor Who