Britain is no country for three old heroes called Done, Curtis and Legg 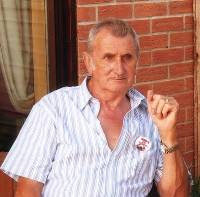 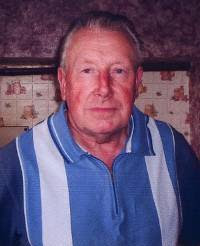 On the 10th of October I published a post reporting that that a 67 year old, Lincolnshire Parish Council Chairman, Edmund Done and 72 year old Vice-Chairman, Michael 'Jim' Curtis, were due in court for cutting the wires on a burglar alarm at an empty cottage. In their defence, they said they did it after the alarm had made the lives of the 290 residents of the village of Hagworthingham, a misery, with broken sleep for months. To put the record straight, both men are Parish Councillors and Mr Done is an 'ex-chairman' of the Council.

Our two 'heroes' appeared in court on Monday and have pleaded "not guilty" to a charge of criminal damage to a burglar alarm at a cottage in Hagworthingham. Both men deny that, between September 1 and October 31 last year, 'without lawful excuse', they damaged a burglar alarm belonging to Gillian Makinson-Sanders.

Skegness magistrates adjourned the case to an interim pre-trial review on November 6.
The bench told the defendants that their attendance would be excused. They were granted unconditional bail to be back in court when instructed by their solicitor, Asad Aziz.

Apparently a 'lawful excuse' is that : even though they were breaking a law, they had a legal reason why they did it, and thus should not be found guilty. An example is that if, in a medical emergency, you get a ticket for speeding, but the reason you were speeding was that you were driving a very sick friend to hospital. then that would be a 'lawful excuse'.

My third hero is Sir Thomas Legg, the distinguished,74 year old, retired civil servant, who led the Inquiry into M.P.'s fraudulent claims for expenses paid for out of tax payers money and mentioned in my post on 13th October. Sir Tom is described in the Guardian Newspaper as 'the most unpopular man in Westminster'.

The backlash against Sir Tom has been led by Nottingham Labour backbench M.P., Alan Simpson, who is threatening to take Sir Tom's demands for the repayment of £500, that he has been accused of over-claiming in cleaning bills, to court.

"I just want to give him the opportunity to reflect on something he has got profoundly wrong. I don't want to push him into going before the courts and making a bit of an ass of himself, but I think it's a corner he might usefully like to take himself out of. I can't bring myself to believe that he would be so stupid as to want to stay in that corner."