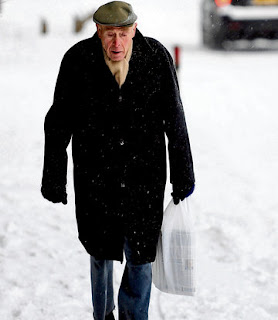 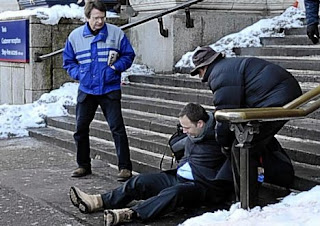 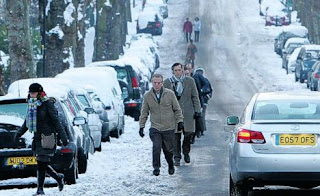 If I lived in Germany I would have a legal responsibility to clear the snow on the public pavement in front of my house. If someone has accident because I have been negligent in my duty I can be sued for damages. In fact, most German towns have a 'street cleaning statute' in which requirements are spelled out in detail, even down to the minimum width of the cleared area and the time during which you must keep the snow cleared.

Experts have warned British businesses 'not to grit public paths' and the 'Institution of Occupational Safety and Health' has said that if people assume an area is clear and then slip and injure themselves, they could take legal action claiming damages.
This explains why public car parks and those belonging to pubs and supermarkets remain like ice rinks.

Apparently, my local authority is responsible for clearing snow from the pavement and since this is rarely done, they also remain ice rinks.

On my own land and doorstep I owe visitors a 'duty of care' under the Occupiers 'Liability Act 1984', to ensure that they are 'reasonably safe'.

The result of all this : hospitals have been inundated with patients and no doubt a large number of old men, who have broken bones in falls. 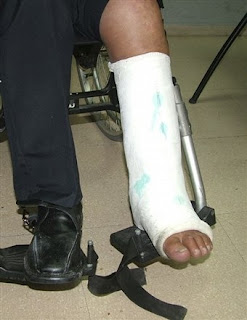