Britain is still a country where, in a pantomine audience, old men can once again become boys and kids prove that they are still, just 'kids' 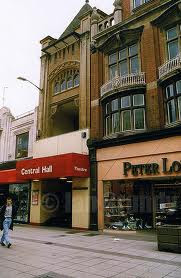 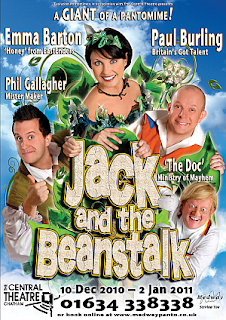 My friend DB took myself and my wife and his wife and friends to the Christmas Pantomime in our local theatre in Chatham, Kent.

Initially, I bristled at the 'light sabres' which had been sold and were being swung around in the 'dark' by little kids in the theatre and the little girl in the row in front of me in the balcony, who had a flashing and distracting clip in her hair. Then I decided that I was being a 'grumpy old man'. 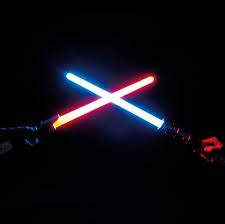 Once I got into enjoying the classic, 'good versus evil' recipe of the panto, I began to hear little kids shouting : "He's behind you !", when the evil character made his appearance and also "Oh, no he isn't" as a riposte to, " Oh yes he is " and 'yes'.

Along with other old boys around me, I was shouting out too.