Britain is no country for flu in old men 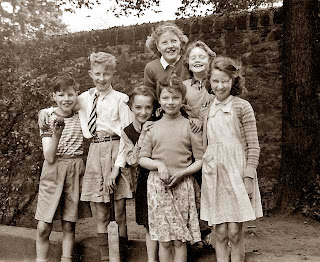 Most of these kids probably caught the flu in the 1957 pandemic which may explain why they are protected today.

The number of people in intensive care with confirmed or suspected flu in England alone has risen to almost 500 with over 180 receiving intensive treatment and most aged between 16 and 64 with only 51 aged 65.

So why are the old immune? The facts are that :

* the H1 component of influenza A in both swine and human flu has a common ancestor.

* between the 1918 and 1957 influenza pandemics, H1 circulated in humans, evolving continuously and then became inactive, replaced by other subtypes of hemagglutinin such as H3.

* H1 reappeared in 1977, has been a dominant subtype of human flu ever since and evolved significantly from 1977 to the present so this version could be called 'New H1.'

* to the immune system, Old H1 is very different from New H1.

* old men today born before 1957 were exposed to human H1 influenza, which at that time was similar to Old H1 and their immune systems produced antibodies to Old H1.

* since Old H1 has not been seen in humans in many years, younger people do not have antibodies to Old H1.

* since most older people probably have antibodies to Old H1, they are immune to this new swine flu but younger people are not so lucky which is why swine flu mainly affects younger adults.

Labels: old men and the flu