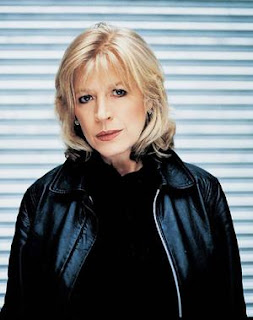 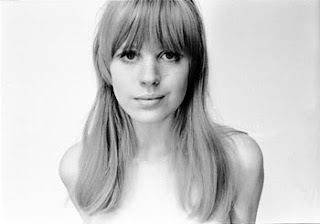 What you may or may not have known about her is that :

* she was born in London and her father, Major Dr. Robert Glynn Faithfull, was a British Army officer and college professor in psychology.

* her mother, Eva von Sacher-Masoch, Baroness Erisso, was originally from Vienna, with aristocratic roots in the Habsburg Dynasty and was a ballerina in the 'Max Reinhardt Company' during her early years and danced in productions of works by the duo Bertolt Brecht and Kurt Weill.

* spent some of her early life at the commune formed by her father in Oxfordshire.

* when her divorced when she was six years old, moved with her mother to Reading, Berkshire.

* had her childhood marred by bouts with tuberculosis and was a 'charity boarder' at St Joseph's Convent School where she was a member of the 'Progress Theatre's Student Group'.

* began her singing career in 1964, with her first gigs as a folk music performer in coffeehouses.

* early 1964, attended a Rolling Stones launch party and met Andrew Loog Oldham, who 'discovered' her and her first major release, with the Jagger/Richards song 'As Tears Go By'.

* went on to release a series of successful singles, including 'This Little Bird', 'Summer Nights' and 'Come and Stay With Me'.

This is how I want to remember her. I would rather not dwell on the cocaine and heroine addictions, her homelessness on the streets of London and the litany of trauma and sadness which marked the rest of her life. Wikepedia gives the details :