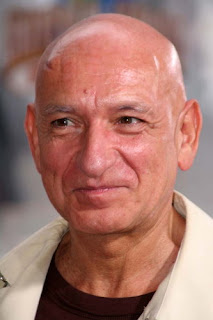 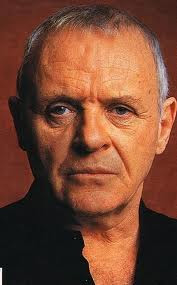 Sir Ben Kingsley is 67 today. Things you possibly didn't know about Ben, that he :

* was educated at Manchester Grammar School, where one of his classmates was the actor Robert Powell and later studied at the University of Salford and at Pendleton College, which later became home to the 'Ben Kingsley Theatre'.

* began his acting career on stage, made a transition to film roles early on and changed his name to Ben Kingsley, fearing that a foreign name would hamper his career.

* found fame starring as Mohandas Gandhi in 1982 for which he won the Academy Award for Best Actor.

* was born in Margam, Port Talbot, Wales, where his father was a baker.

* was then educated in his final years at school at Cowbridge Grammar School in the Vale of Glamorgan.

* was influenced and encouraged to become an actor by Welsh compatriot, Richard Burton, whom he met briefly at the age of 15 and enrolled at the Royal Welsh College of Music & Drama in Cardiff, Wales, from which he graduated in 1957.

* after two years in the British Army doing his national service, moved to London where he trained at the Royal Academy of Dramatic Art.

* was spotted by Sir Laurence Olivier, who invited him to join the Royal National Theatre and became his understudy, and filled in when Olivier was struck with appendicitis during a production of 'The Dance of Death'.

* had Olivier note him in his memoir as : 'A new young actor in the company of exceptional promise named Anthony Hopkins was understudying me and walked away with the part of Edgar like a cat with a mouse between its teeth.'

* got his break in films in 'The Lion in Winter' playing Richard I, along with Peter O'Toole and Katharine Hepburn.

* is a gifted mimic and duplicated the voice of his late mentor, Laurence Olivier, for additional scenes in 'Spartacus' in its 1991 restoration.

* is best remembered for his role as Hannibal Lecter in the 1991 film, 'The Silence of the Lambs' : 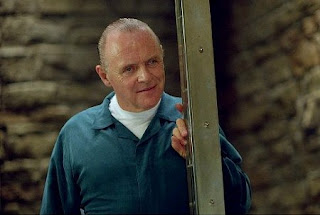