Britain is a country whose old men taste the food they had as boys and discover " it ain't the same".

I've just spent a pleasant morning doing Christmas shopping in the ancient city of Canterbury. We stopped for coffee in a small restaurant called 'Tiny Tim's' and I ordered 'cinnamon on toast', because I'd remembered having and enjoying it as a boy over 50 years ago.

Cinnamon on toast in 1950 : The toast then consisted of a slice of white bread held with a brass toasting fork over either a coal fire or a coke one after the 1956'Clean Air Act'. Once the toast was done it was spread with a mixture of butter, cinnamon powder and white sugar and the result was magic.

Cinnamon on toast 2010 : The toast today consisted of a slice of white bread made in an electric toaster, spread with butter and sprinkled with cinnamon powder over both bread and plate for effect.

This recipe is closer to the original :
http://www.youtube.com/watch?v=fTOzC8Tvmdw 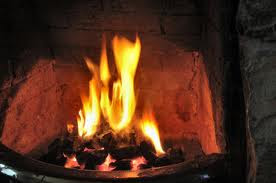 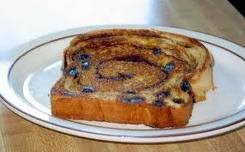