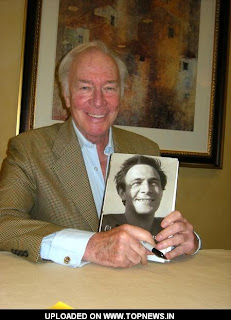 I watched a sunday afternoon movie on tv yesterday. It was made in 1966 and starred Christopher Plummer and was set in France in the Second World War and involved him 'wheeling and dealing' with the Germans, the British and the French Wartime 'Underground'. It was called 'Triple Cross',he spoke good french and today I found out the reason : he was born in Canada 81 years ago today and is bi-lingual.

Here he is with Yul Brynner :
http://www.youtube.com/watch?v=R-mvaz8aGN0
Things you probably didn't know about him, that he :

* was born Arthur Christopher Orme Plummer in Toronto, Canada, where his father was secretary to the Dean of Sciences at McGill University.

* had a maternal great-grandfather who was the Canadian Prime Minister Sir John Abbott.

* was an only child whose parents were divorced shortly after he was born.

* studied to be a concert pianist, but developed a love for the theatre at an early age, began acting in high school and was moved after seeing Laurence Olivier's film Henry V in 1944.

* started his screen career in 1958 when Sidney Lumet cast him as a young writer in 'Stage Struck'.

* has appeared in many films but it was not until January 2010 that he received his first 'Academy Award Nomination' for his portrayal of author Leo Tolstoy in 'The Last Station' and when interviewed in March he replied : "Well, I said it's about time! I mean, I'm 80 years old, for God's sake. Have mercy." 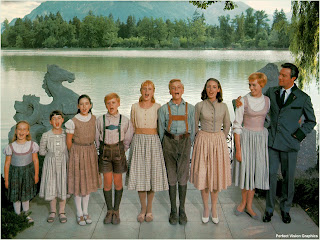 * remains best known for his 1965 portrayal of Captain Von Trapp, in 'The Sound of Music' in a role he reportedly disliked but appeared for the 45th anniversary, with the full cast on The Oprah Winfrey Show in October 2010.
http://www.youtube.com/watch?v=PJyFxLxnAMw&NR=1&feature=fvwp