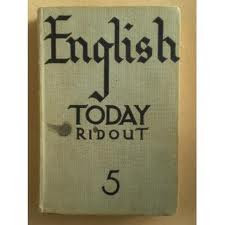 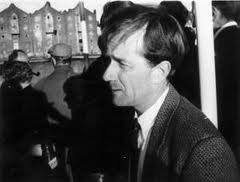 Britain is a country where old men like me know the distiction between the use of the word 'shall' and 'will' and 'which' and 'that' and the difference between "speech" marks and 'quotation' marks. For our accuracy in 'English' we have to thank a socialist called Ronald Ridout, who died at the age of 78 in 1994 and whose books sold 91m copies world wide.

In the late 1950's and the early 1960's his textbooks were on my desk in my 'English' lessons in secondary school. I can still hear my teacher at the start of the lesson say :
"Take out your Ridouts."

Things most people people don't know about Ronald, that he :

* always considered himself a socialist and at the beginning of his teaching career, had to move from job to job as headteachers objected to him discussing Marxism in the classroom

* was educated at a grammar school in Surrey, gained an Oxford degree, entered teaching and became 'Head of English' at a Portsmouth secondary school.

* produced his own worksheets, which he submitted to the publisher 'Ginn' and whose editor wrote back saying : 'Mr Ridout, we think that this is the book we have been waiting 25 years for.'
(shouldn't that have been : 'for what we have been waiting' and observing the rule : don't end a sentence with a preposition ?)

* when his books began to sell overseas, set off to learn about Africa and walked across Nigeria and Sierra Leone in baggy shorts and sandals, carrying a huge basket of his books

* in Africa, realised how inappropriate some parts of his books seemed and produced new ones without references to 'snowball fights' and 'skating'